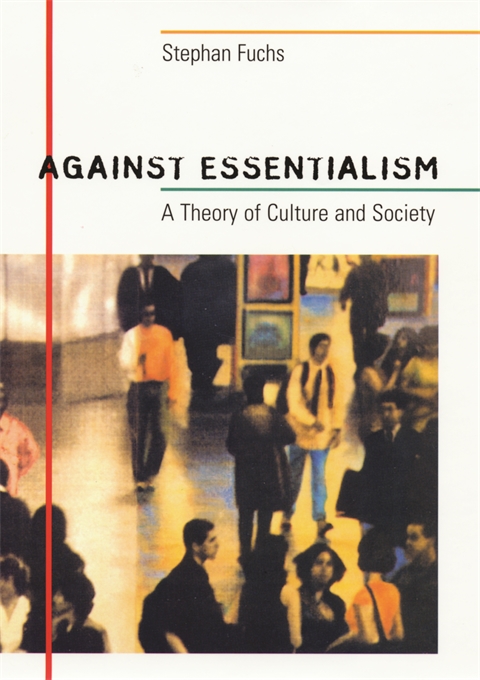 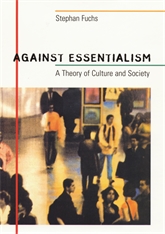 A Theory of Culture and Society

“Stephan Fuch’s Against Essentialism is the most important work of general theory that has appeared in the last 10 years or more. It is grand theory on the level with Luhmann, Habermas, and Giddens, encompassing society, culture, knowledge, and philosophy. It is general theory both in the sense of giving a framework for all of sociology and in the sense that the word ‘theory’ is now used in humanistic and especially literary fields, the orienting perspective on what cultural knowledge consists in… Among works of general theory, Fuchs stands out as remarkably well written. Against Essentialism is full of clever phrases, sharply worded titles and subtitles that point up the keys to the argument, lapidary formulations that could serve as catchwords. Fuchs is surely one of the wittiest writers in sociology and many other fields. Through rather complex arguments he retains a crisp and clear writing style, making the book eminently readable.”—Randall Collins, Sociological Theory

“In Against Essentialism, Stephan Fuchs offers a clever, intelligent, and robust defense of the deep structural properties of capital-S Sociology.”—Charles Lembert, Sociological Theory

“Fuchs…has synthesized systems theory…and network theory into a comprehensive sociology of knowledge and culture… This work will be much discussed by sociologists and is essential for any library supporting programs in social thought.”—J. L. Croissant, Choice

“Against Essentialism is an original contribution. Realists about science go to war against the social constructionists to defend the traditional meaning of science. Fuchs steps into this battle zone and does a beautiful job of dissecting and defining the nature of the sociological problems involved. The result is a confident, provocative critique of various positions in the science wars. By employing system theory and dynamic network thinking, Fuchs provides a highly coherent, forceful, and persuasive account of how to think about sciences from a sociological point of view.”—Thomas J. Fararo, University of Pittsburgh

“Against Essentialism is a brilliant book. Like certain martial artists, Fuchs uses the strengths of his enemies to confound them. Against post-modernists who view the social constructedness of culture as reason to abandon the substantive goals of old-fashioned sociological positivism, Fuchs deploys an even more thoroughgoing constructivism to re-envision as sociological variables the issues in dispute between constructivists and positivists. This is a stunning achievement. I can’t think of a book whose publication I would more eagerly anticipate…and as much for the controversy it will create as for its contribution to the discipline.”—Mark A. Schneider, Southern Illinois University

“Against Essentialism presents the most diversified and extensive discussion of anti-essentialism I am aware of, bringing together a host of arguments that one usually does not find in a single volume. Fuchs lifts network theory out of its usual organizational sociological, economic sociology, and exchange theory context, and transforms it into a more constructionist and reflexive sociological theoretical framework that also manages to pay attention to microsociological dynamics. It is an original and scholarly contribution to social science theory.”—Karin Knorr Cetina, Bielefeld University