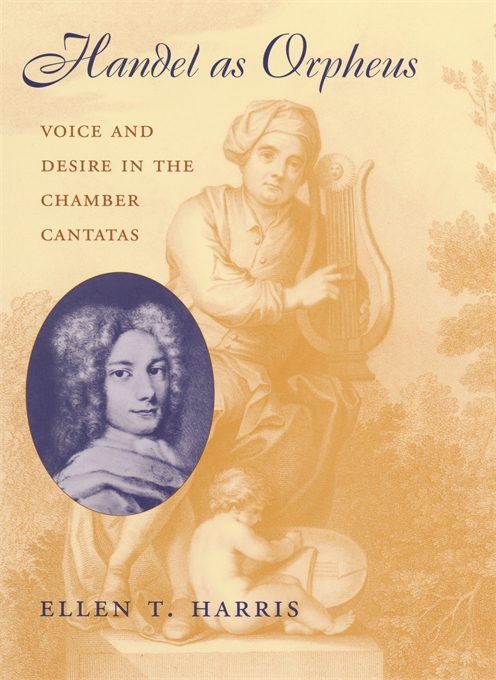 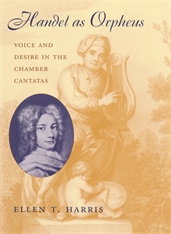 Voice and Desire in the Chamber Cantatas

Handel wrote over 100 cantatas, compositions for voice and instruments that describe the joy and pain of love. In Handel as Orpheus, the first comprehensive study of the cantatas, Ellen Harris investigates their place in Handel’s life as well as their extraordinary beauty.

The cantatas were written between 1706 and 1723—from the time Handel left his home in Germany, through the years he spent in Florence and Rome, and into the early part of his London career. In this period he lived as a guest in aristocratic homes, and composed these chamber works for his patrons and hosts, primarily for private entertainments. In both Italy and England his patrons moved in circles in which same-sex desire was commonplace—a fact that is not without significance, Harris reveals, for the cantatas exhibit a clear homosexual subtext.

Addressing questions about style and form, dating, the relation of music to text, rhythmic and tonal devices, and voicing, Handel as Orpheus is an invaluable resource for the study and enjoyment of the cantatas, which have too long been neglected. This innovative study brings greater understanding of Handel, especially his development as a composer, and new insight into the role of sexuality in artistic expression.