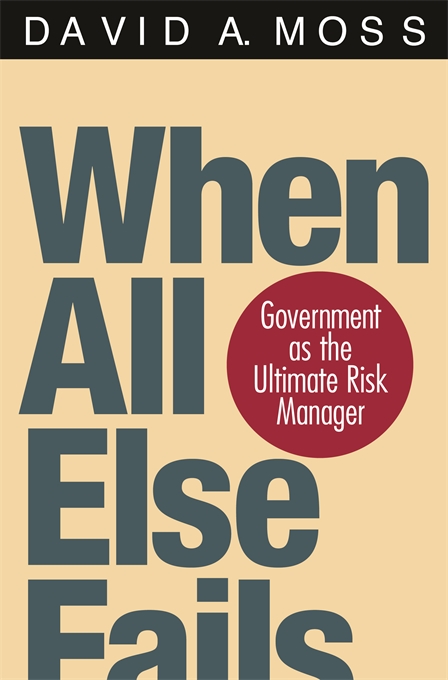 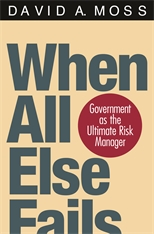 When All Else Fails

Government as the Ultimate Risk Manager

One of the most important functions of government—risk management—is one of the least well understood. Moving beyond the most familiar public functions—spending, taxation, and regulation—When All Else Fails spotlights the government’s pivotal role as a risk manager. It reveals, as never before, the nature and extent of this governmental function, which touches almost every aspect of economic life.

In policies as diverse as limited liability, deposit insurance, Social Security, and federal disaster relief, American lawmakers have managed a wide array of private-sector risks, transforming both the government and countless private actors into insurers of last resort. Drawing on history and economic theory, David Moss investigates these risk-management policies, focusing in particular on the original logic of their enactment. The nation’s lawmakers, he finds, have long believed that pervasive imperfections in private markets for risk necessitate a substantial government role. It remains puzzling, though, why such a large number of the resulting policies have proven so popular in a country famous for its anti-statism. Moss suggests that the answer may lie in the nature of the policies themselves, since publicly mandated risk shifting often requires little in the way of invasive bureaucracy. Well suited to a society suspicious of government activism, public risk management has emerged as a critical form of government intervention in the United States.