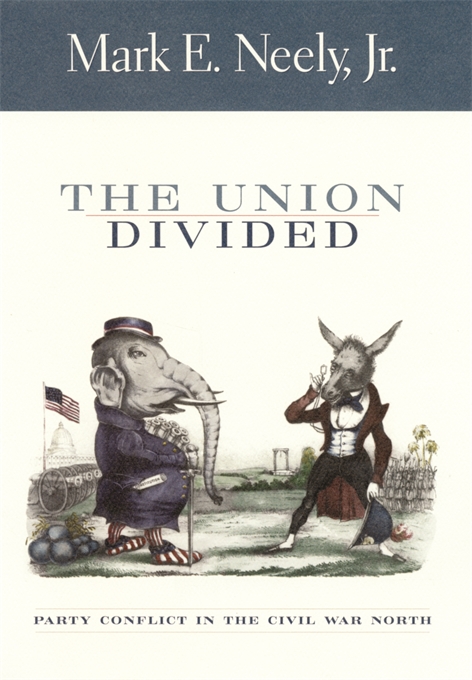 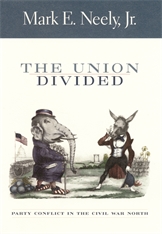 In 1863, Union soldiers from Illinois threatened to march from the battlefield to their state capital. Springfield had not been seized by the Rebels—but the state government was in danger of being captured by the Democrats.

In The Union Divided, Pulitzer Prize–winning historian Mark E. Neely, Jr., vividly recounts the surprising story of political conflict in the North during the Civil War. Examining party conflict as viewed through the lens of the developing war, the excesses of party patronage, the impact of wartime elections, the highly partisan press, and the role of the loyal opposition, Neely deftly dismantles the argument long established in Civil War scholarship that the survival of the party system in the North contributed to its victory.

The many positive effects attributed to the party system were in fact the result of the fundamental operation of the Constitution, in particular a four-year president who was commander in chief. In several ways, the party system actually undermined the Northern war effort; Americans uneasy about normal party operations in the abnormal circumstances of civil war saw near-treason in the loyal opposition.

Engagingly written and brilliantly argued, The Union Divided is an insightful and original contribution to Civil War studies and American political history.