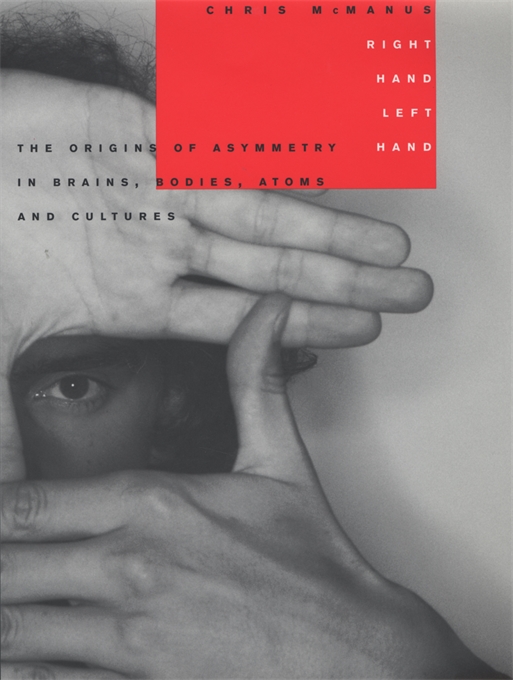 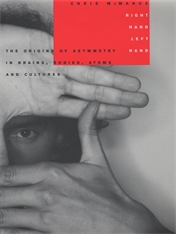 The Origins of Asymmetry in Brains, Bodies, Atoms and Cultures

“[A] remarkable new book…with graceful and lucid prose, [McManus] outlines his theory of right- and left-handedness. Along the way there is also much exotica: Australian drug addicts licking toad skins, the driving customs of Iceland, the twists of twine in a prehistoric arrow, Charlie Chaplin’s left-handed cello and van Gogh’s reversed lithograph of left-handed potato eaters.”—Edward Rothstein, The New York Times

“Chris McManus, a professor of psychology in London, probably knows more about asymmetry, lateralism, and ‘handedness’ than anyone else in the world. He has been researching these subjects for 30 years, and Right Hand, Left Hand is the result of that career’s worth of work. It is a triumph of a book. Limpidly written, dryly witty and extraordinarily wide reaching, this is surely the most inclusive and erudite popular account of asymmetry yet produced. McManus is as happy talking about Kant’s theories of spatial relativism or Lewis Carroll as he is discussing DNA or the ontogeny of the flatfish… Among the dozens of questions McManus tackles are why mirrors reflect left–right but not up–down, why clocks go clockwise…and why the male testicles are ‘unbalanced.’ Each chapter opens with an apparently simple question of this sort, and then opens out into much broader meditations on the origins and manifestations of lateralism… McManus’s book…has centralized in an extremely elegant and ordered fashion pretty much everything you might want to know about asymmetry.”—Robert Macfarlane, The Spectator

“The scope and range of scientific disciplines now investigating laterality is the subject of this wonderful book by Chris McManus. Although its title implies that the focus is on handedness, don’t be misled… The range of topics that it covers is far-reaching, and readers from a wide range of disciplines including physics, biology, chemistry, neuroscience and psychology will all find some aspects of the book intriguing.”—William D. Hopkins, Nature

“[McManus] has assembled more than a simple pile of trivia. Instead, he has developed (in his lively, chatter-box, detail-obsessed way) nothing less than a key to all mythologies… The book itself marshals lore from every possible discipline, from physics to philosophy, politics to semantics, with some stops in mathematics and chemistry… [A] useful corrective to the popular science notion that symmetry trumps all.”—Emily Nussbaum, The Boston Globe

“An engaging, erudite read on handedness, so full of astonishing facts and anecdotes that readers will want to shake his hand… Anyone who has ever wondered about handedness will want to take a look… [McManus] handles the span of his subject with a dexterous hand.”—Charles Rousseaux, The Washington Times

“McManus examines the effect that being either right-handed or left-handed has on our lives, our culture, and our language. He explores what it is like being left-handed in a right-handed world, analyzes cerebral specialization and its links to social problems, and tries to correct some of the erroneous thinking and general misconceptions that surround left-handedness… McManus skillfully merges cultural history and scientific discovery to explain the concepts of symmetry, asymmetry, cerebral specialization, hemisphere dominance, and right/left symbolism… McManus presents an informative, humorous blend of scientific, technical information with cultural, linguistic information… Highly recommended.”—C. S. McCoy, Choice

“Right Hand, Left Hand is the product of sound and creative scholarship, ingeniously weaving historical events and anecdotes into scientific writing for an engaging and informative read. It’s a rare and delightful book: a combination of excellent scholarship and clear writing that has as much to offer the general reader as the scholar in the field of behavioral asymmetry and neuroscience.”—Joseph Hellige, author of Hemispheric Asymmetry: What’s Right and What’s Left