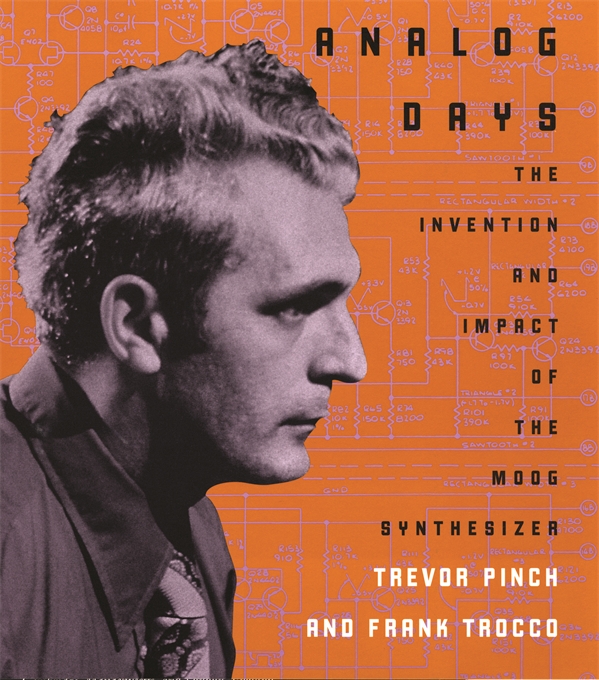 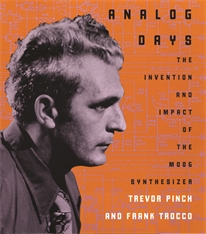 The Invention and Impact of the Moog Synthesizer

“How many retrowavey, electroclashy hipsters really know the true roots of the sound they’re preening and prancing to? We’re not talking about ’80s swill like Human League or Erasure—we’re referring to Robert Moog, the inventor of the eponymous sound-generating device that, more than any other single contraption, made the whole electronic-music world possible. Analog Days, penned by Trevor Pinch and Frank Trocco, is a richly detailed look at the early days of synthesized sounds, and is quite fascinating.”—Time Out New York

“On the subject of discovery, Analog Days covers with polished authority the invention of the electronic music synthesizer by Robert Moog and its usage, between 1964 and the mid-’70s by such sonic explorers as Wendy Carlos, the Beatles and Emerson, Lake and Palmer, as well as the work done by electronic music pioneers Morton Subotnik, Don Buchla and Vladimir Ussachevsky, detailing the battle to use or not use the keyboard which so affected popular music.”—Brad Schreiber, Entertainment Today

“Through a series of detailed interviews with people associated with the Moog’s development, ranging from Bob Moog himself to assorted technicians, sound gurus, marketing people and musicians who had input into the Moog’s development, they reconstruct, with the care of anthropologists studying the habits of some obscure tribe, how exactly it was that the Moog became a significant force in musical culture in the 1960s.”—Marcus Boon, The Wire

“Pinch and Trocco interview the engineers and musicians who fashioned the new devices, and build up a satisfying picture of the one technology that caught the imagination of the ‘counterculture’ of the 1960s and 1970s… [The authors] have a fascinating story to tell. Today, it is hard to recall what music was like when sounds were restricted to those made by blowing, plucking or hitting things. Music is ubiquitous as never before, and so are synthesized sounds: the two facts go together. So Analog Days is more than a chronicle of an encounter between old arts and new technology: it illuminates a defining technology of our culture.”—Jon Turney, New Scientist

“In Analog Days, Trevor Pinch and Frank Trocco tell the story of how the Moog synthesizer came about. They discuss how synthesizers reflected and reinforced cultural aspirations for transformation and transcendence, which were so prevalent in the 1960s. And they explore how this particular synthesizer—developed by Robert Moog and colleagues in a funky storefront in Trumansburg, New York…managed to beat out a host of competitors for commercial success and popular acceptance… Pinch and Trocco have crafted an informative and entertaining account of the complex process by which new instruments and inventions come about, and they analyze the relationship among inventor, user, and general public that leads to widespread acceptance of a new medium or tool… The book is crammed with wonderful stories and details about the many colorful scientists, musicians, salesmen, and cult figures…whose lives intersected through the lure of new musical possibilities… This is a story well worth telling, and Pinch and Trocco do it well.”—Tod Machover, Science

“A compelling narrative presented in a thoroughly readable style and told with real affection for its subject matter, the book tells the reader pretty much everything they could want to know about the topic, and if it didn’t make even the most unmusical reader desperate to get their hands on an analogue synth and a set of patch cords, I’d be very surprised.”—Jeremy Gilbert, Year’s Work in Critical and Cultural Theory

“The sleek digital synthesizer of today is so easy to play and so ubiquitous in the world of popular music that its presence is often taken for granted. In this well-researched, entertaining, and immensely readable book, Pinch…and Trocco…chronicle the analog synthesizer’s early, heady years, from the mid-1960s through the mid-1970s… Throughout their prose is engagingly anecdotal and accessible, and readers are never asked to wade through dense, technological jargon. Yet there are enough details to enlighten those trying to understand this multidisciplinary field of music, acoustics, physics, and electronics. Highly recommended.”—Larry Lipkis, Library Journal

“You have to be as dedicated as the musicians who played, or play, the early Moog, to write a book like this. Trevor Pinch and Frank Trocco are two such people. This book is full of interesting facts and anecdotes involving many pioneers of sound and prominent musicians, who in their quest to creat something new became stubbornly devoted to their contraptions held together with wire and solder. Oscillate between the pages and envelop yourself in Analog Days because you don’t need a Ph.D. in electrical engineering to enjoy this book.”—Keith Emerson