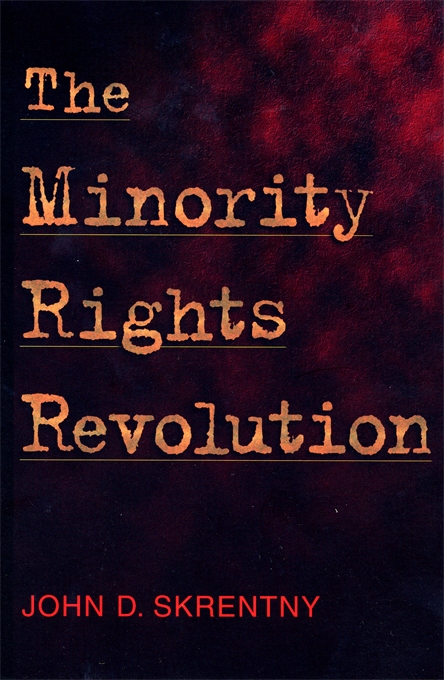 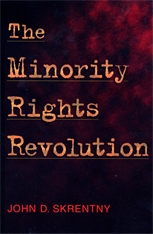 In the wake of the Black civil rights movement, other disadvantaged groups of Americans began to make headway—Latinos, women, Asian Americans, and the disabled found themselves the beneficiaries of new laws and policies—and by the early 1970s a minority rights revolution was well underway. In the first book to take a broad perspective on this wide-ranging and far-reaching phenomenon, John D. Skrentny exposes the connections between the diverse actions and circumstances that contributed to this revolution—and that forever changed the face of American politics.

Though protest and lobbying played a role in bringing about new laws and regulations—touching everything from wheelchair access to women’s athletics to bilingual education—what Skrentny describes was not primarily a bottom-up story of radical confrontation. Rather, elites often led the way, and some of the most prominent advocates for expanding civil rights were the conservative Republicans who later emerged as these policies’ most vociferous opponents. This book traces the minority rights revolution back to its roots not only in the Black civil rights movement but in the aftermath of World War II, in which a world consensus on equal rights emerged from the Allies’ triumph over the oppressive regimes of Nazi Germany and Imperial Japan, and then the Soviet Union. It also contrasts failed minority rights development for white ethnics and gays/lesbians with groups the government successfully categorized with African Americans. Investigating these links, Skrentny is able to present the world as America’s leaders saw it; and so, to show how and why familiar figures—such as Lyndon Johnson, Richard Nixon, and, remarkably enough, conservatives like Senator Barry Goldwater and Robert Bork—created and advanced policies that have made the country more egalitarian but left it perhaps as divided as ever.