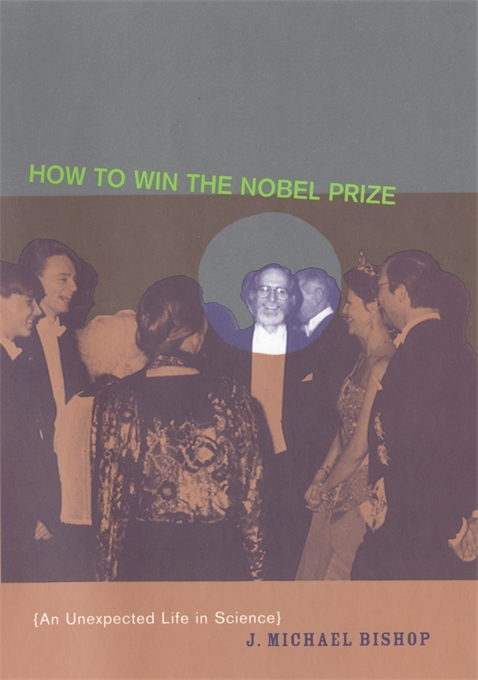 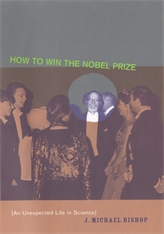 How to Win the Nobel Prize

An Unexpected Life in Science

“How to Win the Nobel Prize is typical Bishop: modest, funny, insightful and offering an extremely clear and brief explanation of the basic scientific achievement that won the 1989 Nobel Prize in physiology or medicine for himself and longtime colleague, Harold Varmus, now president of the Memorial Sloan-Kettering Cancer Center.”—David Perlman, The San Francisco Chronicle

“In these pages Bishop reveals himself as a good writer blessed with enviable clarity, someone sensible and levelheaded who likes people and is enamored of his science.”—John Tyler Bonner, The New York Times Book Review

“At its heart this analysis of science and the scientific world is a jewel. How to Win the Nobel Prize is an inspirational book, full of careful analysis and judgement.”—John Oxford, The Times Higher Education Supplement

“This book is a highly readable compilation of narratives by an erudite and eloquent biomedical scientist, Michael Bishop… This biographical sketch is replete with wise advice to young scientists (the importance of luck, timing patronage, resolve, and risk-taking)—and also very insightful about alternative routes to scientific discovery.”—Mel Greaves, Journal of the History of Medicine

“Bishop is a gifted communicator and teacher, and he sets about his task of educating scientists and the public by describing his career in science and science politics… In the end, Bishop’s book provides a road map for scientists and the public to build a robust scientific community that serves our society well.”—Andreas Trumpp and Daniel Kalman, Nature Cell Biology

“Despite his book’s encouraging title, Bishop—who won a Nobel Prize in Physiology and Medicine in 1989—cautions that ‘I have not written an instruction manual for pursuit of the prize.’ Instead, he has written an amiable reflection on the experience of being a Nobelist, intertwined with some history and anecdotes about the award, and balanced by a wide-ranging review of his own career as an ‘accidental scientist’… Along the way, Bishop reflects on the history of our knowledge of microbes, cancer, the politics of funding research and present-day disenchantment with science. His main purpose in writing this book, Bishop says, is to show that ‘scientists are supremely human’—which he does with grace and charm.”—Publishers Weekly

“J. Michael Bishop has written his book ‘to show that scientists are supremely human.’ The book is also a lucid explanation of how science has been harnessed to fight the human afflictions of cancer and infectious disease. And the story ends with a wide-ranging overview of today’s challenges to the scientific enterprise. Overall, a must-read for all those interested in science and scientists—even those with absolutely no interest in winning a Nobel Prize!”—Bruce Alberts, President, National Academy of Sciences

“J. Michael Bishop is that rare scientist who is widely read in literature and poetry. Most importantly, he remembers what he reads and thinks deeply about it, as well as about all else in his rich life. The Nobel Prize he won and richly deserved, his political activism, his understanding of cancer and microbiology, his devotion to the practice of science—all these provide fodder for his writerly craft. Quite a wonderful book!”—David Baltimore, Nobel Laureate and President, California Institute of Technology