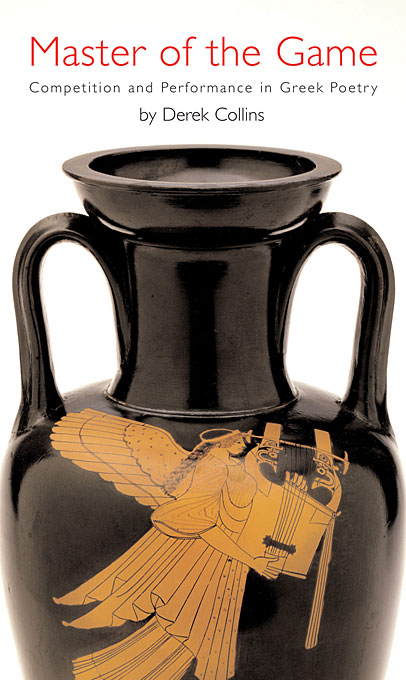 Master of the Game

Competition and Performance in Greek Poetry

The interest in the performance of ancient Greek poetry has grown dramatically in recent years. But the competitive dimension of Greek poetic performances, while usually assumed, has rarely been directly addressed. This study provides for the first time an in-depth examination of a central mode of Greek poetic competition—capping, which occurs when speakers or singers respond to one another in small numbers of verses, single verses, or between verse units themselves. With a wealth of descriptive and technical detail, Derek Collins surveys the wide range of genres that incorporated capping, including tragic and comic stichomythia, lament, forms of Platonic dialectic and dialogue, the sympotic performance of elegy, skolia, and related verse games, Hellenistic bucolic, as well as the rhapsodic performance of epic. Further, he examines historical evidence for actual performances as well as literary representations of live performances to explore how the features of improvisation, riddling, and punning through verse were developed and refined in different competitive contexts.

Anyone concerned with the performance of archaic and classical Greek poetry, or with the agonistic social, cultural, and poetic gamesmanship that prompted one performer to achieve “mastery” over another, will find this authoritative volume indispensable.