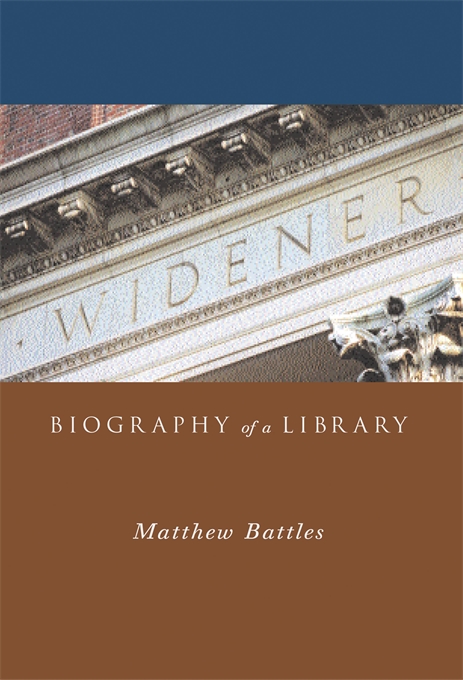 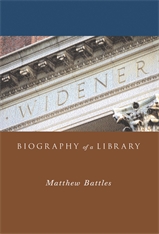 Biography of a Library

Wallace Stegner called its stacks “enchanted.” Barbara Tuchman called it “my Archimedes bathtub, my burning bush.” But to Thomas Wolfe, it was a place of “wilderment and despair.” Since its opening in 1915, the Harry Elkins Widener Memorial Library has led a spirited life as Harvard’s physical and, in a sense, its spiritual heart. Originally intended as the memorial to one man, it quickly grew into a symbol of the life of the mind with few equals anywhere—and like all symbols, it has enjoyed its share of contest and contradiction. At the unlikely intersection of such disparate episodes as the sinking of the Titanic, the social upheavals of the 1960s, and the shifting meaning of books and libraries in the information age, Widener is at once the storehouse and the focus of rich and ever-growing hoards of memory.

With copious illustrations and wide-ranging narrative, Widener: Biography of a Library is not only a record of benefactors and collections; it is the tale of the students, scholars, and staff who give a great library its life.