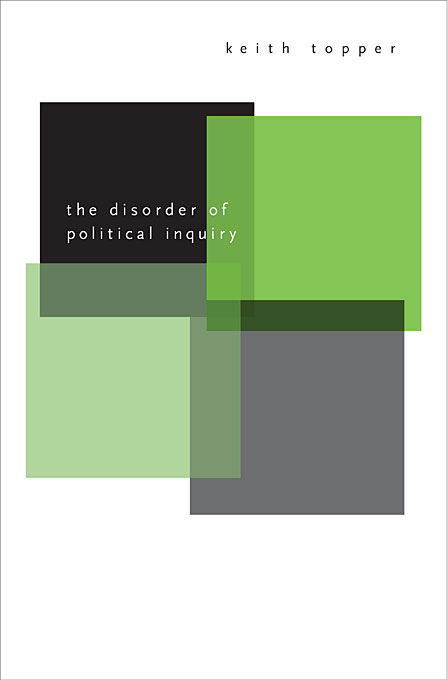 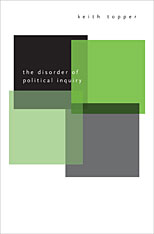 The Disorder of Political Inquiry

In the past several years two academic controversies have migrated from the classrooms and courtyards of college and university campuses to the front pages of national and international newspapers: Alan Sokal’s hoax, published in the journal Social Text, and the self-named movement, "Perestroika," that recently emerged within the discipline of political science. Representing radically different analytical perspectives, these two incidents provoked wide controversy precisely because they brought into sharp relief a public crisis in the social sciences today, one that raises troubling questions about the relationship between science and political knowledge, and about the nature of objectivity, truth, and meaningful inquiry in the social sciences. In this provocative and timely book, Keith Topper investigates the key questions raised by these and other interventions in the "social science wars" and offers unique solutions to them.

Engaging the work of thinkers such as Richard Rorty, Charles Taylor, Pierre Bourdieu, Roy Bhaskar, and Hannah Arendt, as well as recent literature in political science and the history and philosophy of science, Topper proposes a pluralist, normative, and broadly pragmatist conception of political inquiry, one that is analytically rigorous yet alive to the notorious vagaries, idiosyncrasies, and messy uncertainties of political life.