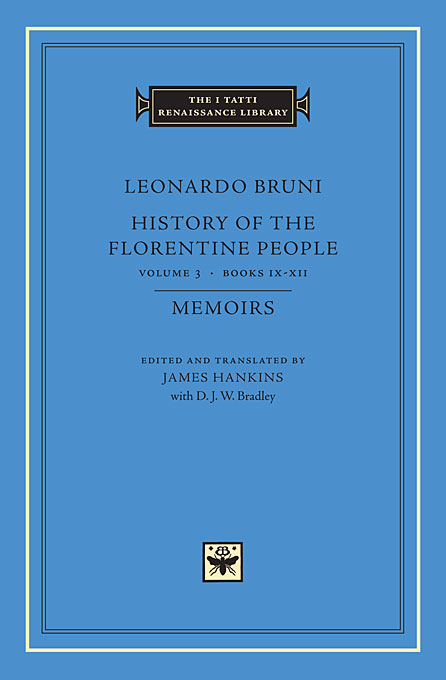 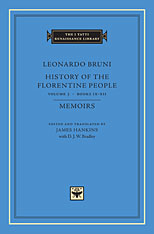 The I Tatti Renaissance Library 27

History of the Florentine People, Volume 3

Leonardo Bruni (1370–1444), the leading civic humanist of the Italian Renaissance, served as apostolic secretary to four popes (1405–1414) and chancellor of Florence (1427–1444). He was famous in his day as a translator, orator, and historian, and was the best-selling author of the fifteenth century. Bruni’s History of the Florentine People in twelve books is generally considered the first modern work of history, and was widely imitated by humanist historians for two centuries after its official publication by the Florentine Signoria in 1442.

This third volume concludes the edition, the first to make the work available in English translation. It includes Bruni’s Memoirs, an autobiographical account of the events of his lifetime, and cumulative indexes to the complete History.