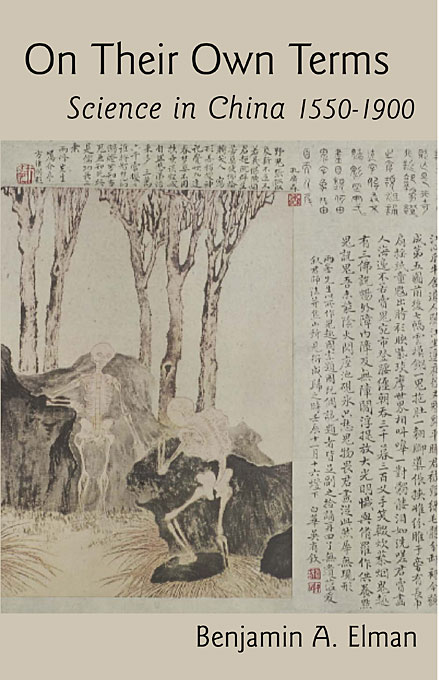 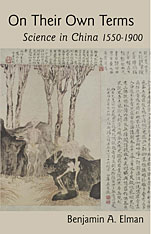 In On Their Own Terms, Benjamin A. Elman offers a much-needed synthesis of early Chinese science during the Jesuit period (1600–1800) and the modern sciences as they evolved in China under Protestant influence (1840s–1900).

By 1600 Europe was ahead of Asia in producing basic machines, such as clocks, levers, and pulleys, that would be necessary for the mechanization of agriculture and industry. In the seventeenth and eighteenth centuries, Elman shows, Europeans still sought from the Chinese their secrets of producing silk, fine textiles, and porcelain, as well as large-scale tea cultivation. Chinese literati borrowed in turn new algebraic notations of Hindu-Arabic origin, Tychonic cosmology, Euclidian geometry, and various computational advances.

Since the middle of the nineteenth century, imperial reformers, early Republicans, Guomindang party cadres, and Chinese Communists have all prioritized science and technology. In this book, Elman gives a nuanced account of the ways in which native Chinese science evolved over four centuries, under the influence of both Jesuit and Protestant missionaries. In the end, he argues, the Chinese produced modern science on their own terms.