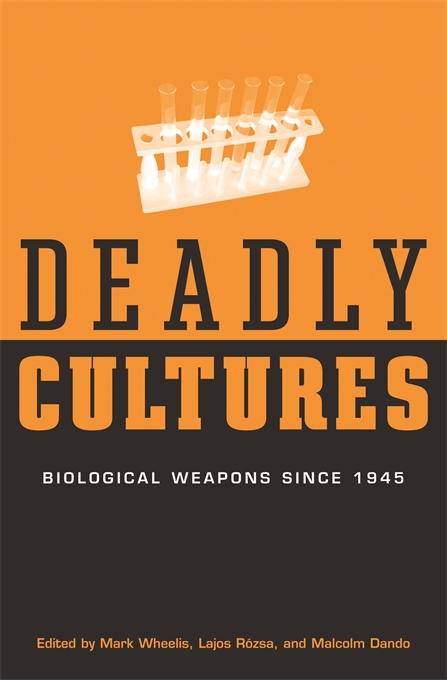 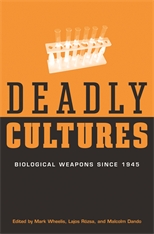 “Deadly Cultures is written eloquently and has been edited superbly. The chapters have a uniform style and organization; scientific and political terminology is used in a consistent and correct manner throughout; and abbreviations are used only where absolutely necessary. In contrast to most other books on bioweapons, the editors have almost always used up-to-date taxonomy of biological agents, as well as the differentiation of agents and the diseases they cause. The authors also included the original names of all institutes involved in bioweapons R&D. This is not a trivial point as French, Iraqi or Russian institute designations have been translated differently in the past, and were also frequently changed during decades of reorganization, confusing both analysts and interested laymen… Deadly Cultures is informative, meticulously researched, important in its message, and a fabulous read for both scholars and interested scientists.”—Jens H. Kuhn, Nature

“[This book] is a survey as accessible in its prose style and avoidance of unnecessary jargon as it is fair-minded in its treatment of claims and counter-claims by those involved or allegedly involved in BW work. This is the book, which will doubtless remain unrivalled, for anyone wishing to understand the scientific basis of efforts to harness microorganisms as weapons of war and terror, the military arguments for and against their use, and the political context of those developments and arguments. Alongside individual chapters devoted to the US, UK, French, Canadian, Soviet, Iraqi, and South African BW programmes, as well as those in non-Soviet Warsaw Pact countries, the book addresses issues such as anti-crop weapons, anti-animal weapons and the significance of BW agents in the hands of terrorists… Meticulously documented with well over 1000 references, the book is as magnificent in its compilation as its subject matter is horrendous in its malevolent purpose.”—Bernard Dixon, Biologist

“Deadly Cultures provides an indispensable history of biological weapons and warfare since the end of World War II. Written by internationally prominent experts, it contains invaluable information and insights.”—Jonathan B. Tucker, Ph.D., Center for Nonproliferation Studies