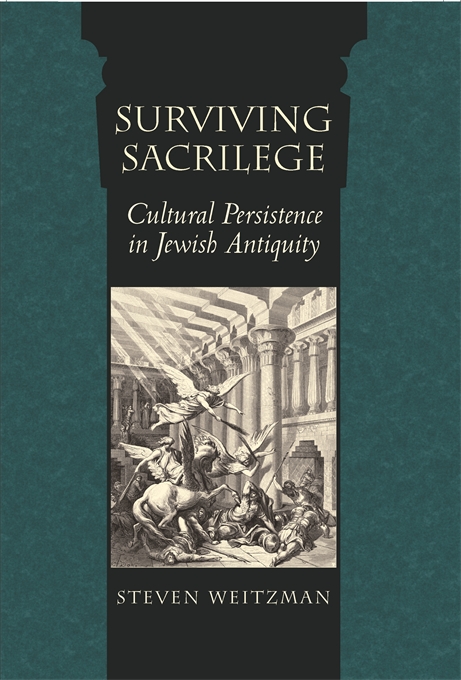 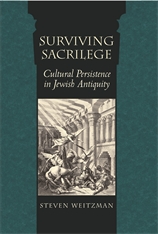 In a world of relentless and often violent change, what does it take for a culture to survive? Steven Weitzman addresses this question by exploring the “arts of cultural persistence”—the tactics that cultures employ to sustain themselves in the face of intractable realities. Surviving Sacrilege focuses on a famously resilient culture caught between two disruptive acts of sacrilege: ancient Judaism between the destruction of the First Temple (by the Babylonians) in 586 B.C. and the destruction of the Second Temple (by the Romans) in 70 C.E.

Throughout this period Jews faced the challenge of preserving their religious traditions in a world largely out of their control—a world ruled first by the Persians, then by the Hellenistic Seleucid Kingdom, and finally by the Roman Empire. Their struggle to answer this challenge yields insight into the ingenuity, resourcefulness, and creativity of a distinctive period in Jewish history, but one with broad implications for the study of religious and cultural survival.

Detecting something tenaciously self-preserving at the core of the imagination, Weitzman argues that its expression in storytelling, fantasy, imitation, metaphor, and magic allows a culture’s survival instinct to maneuver within, beyond, and even against the limits of reality.