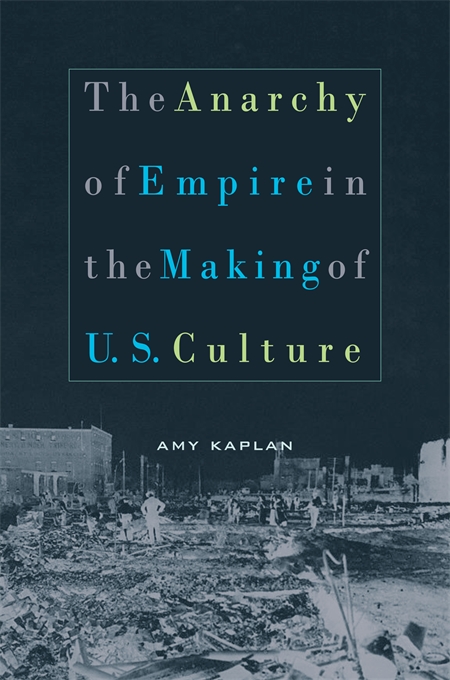 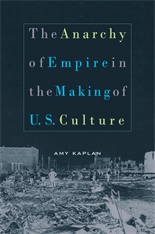 The Anarchy of Empire in the Making of U.S. Culture

The United States has always imagined that its identity as a nation is insulated from violent interventions abroad, as if a line between domestic and foreign affairs could be neatly drawn. Yet this book argues that such a distinction, so obviously impracticable in our own global era, has been illusory at least since the war with Mexico in the mid-nineteenth century and the later wars against Spain, Cuba, and the Philippines. In this book, Amy Kaplan shows how U.S. imperialism—from “Manifest Destiny” to the “American Century”—has profoundly shaped key elements of American culture at home, and how the struggle for power over foreign peoples and places has disrupted the quest for domestic order.

The neatly ordered kitchen in Catherine Beecher’s household manual may seem remote from the battlefields of Mexico in 1846, just as Mark Twain’s Mississippi may seem distant from Honolulu in 1866, or W. E. B. Du Bois’s reports of the East St. Louis Race Riot from the colonization of Africa in 1917. But, as this book reveals, such apparently disparate locations are cast into jarring proximity by imperial expansion. In literature, journalism, film, political speeches, and legal documents, Kaplan traces the undeniable connections between American efforts to quell anarchy abroad and the eruption of such anarchy at the heart of the empire.