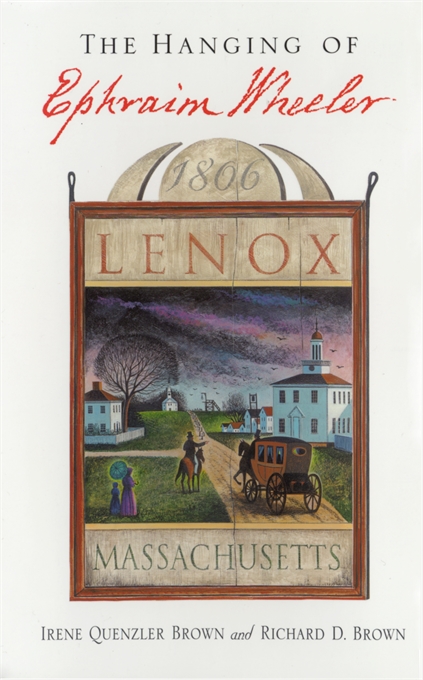 The Hanging of Ephraim Wheeler

A Story of Rape, Incest, and Justice in Early America

In 1806 an anxious crowd of thousands descended upon Lenox, Massachusetts, for the public hanging of Ephraim Wheeler, condemned for the rape of his thirteen-year-old daughter, Betsy. Not all witnesses believed justice had triumphed. The death penalty had become controversial; no one had been executed for rape in Massachusetts in more than a quarter century. Wheeler maintained his innocence. Over one hundred local citizens petitioned for his pardon—including, most remarkably, Betsy and her mother.

Impoverished, illiterate, a failed farmer who married into a mixed-race family and clashed routinely with his wife, Wheeler existed on the margins of society. Using the trial report to reconstruct the tragic crime and drawing on Wheeler’s jailhouse autobiography to unravel his troubled family history, Irene Quenzler Brown and Richard D. Brown illuminate a rarely seen slice of early America. They imaginatively and sensitively explore issues of family violence, poverty, gender, race and class, religion, and capital punishment, revealing similarities between death penalty politics in America today and two hundred years ago.

Beautifully crafted, engagingly written, this unforgettable story probes deeply held beliefs about morality and about the nature of justice.