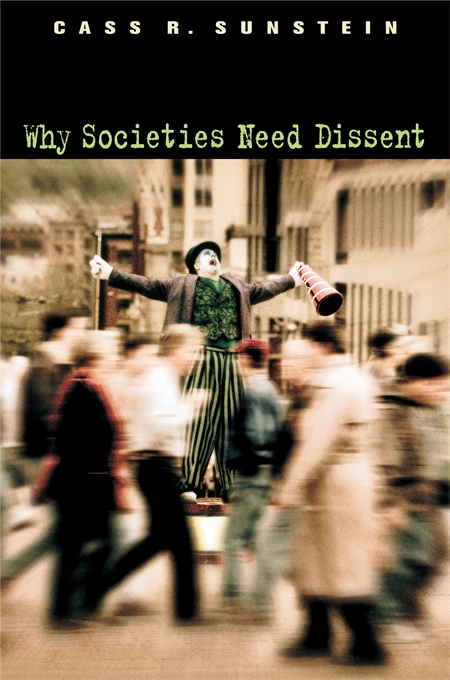 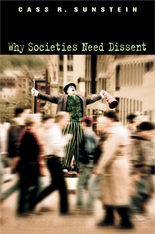 In this timely book, Cass R. Sunstein shows that organizations and nations are far more likely to prosper if they welcome dissent and promote openness. Attacking “political correctness” in all forms, Sunstein demonstrates that corporations, legislatures, even presidents are likely to blunder if they do not cultivate a culture of candor and disclosure. He shows that unjustified extremism, including violence and terrorism, often results from failure to tolerate dissenting views. The tragedy is that blunders and cruelties could be avoided if people spoke out.

Sunstein casts new light on freedom of speech, showing that a free society not only forbids censorship but also provides public spaces for dissenters to expose widely held myths and pervasive injustices. He provides evidence about the effects of conformity and dissent on the federal courts. The evidence shows not only that Republican appointees vote differently from Democratic appointees but also that both Republican and Democratic judges are likely to go to extremes if unchecked by opposing views. Understanding the need for dissent illuminates countless social debates, including those over affirmative action in higher education, because diversity is indispensable to learning.

Dissenters are often portrayed as selfish and disloyal, but Sunstein shows that those who reject pressures imposed by others perform valuable social functions, often at their own expense. This is true for dissenters in boardrooms, churches, unions, and academia. It is true for dissenters in the White House, Congress, and the Supreme Court. And it is true during times of war and peace.