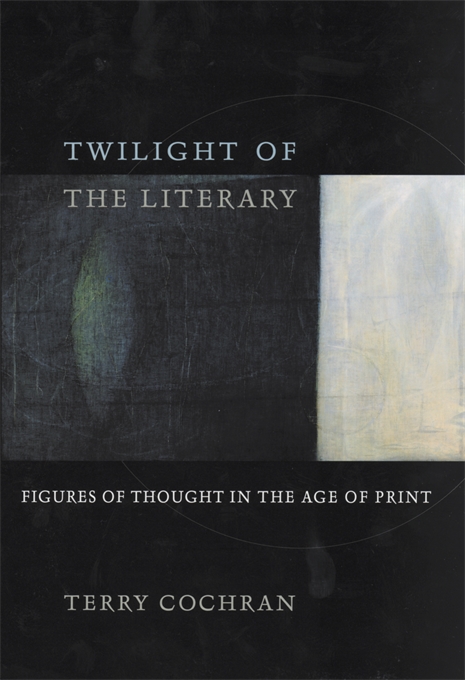 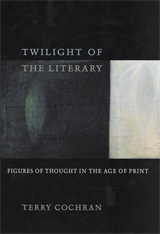 Twilight of the Literary

Figures of Thought in the Age of Print

In Western thought, the modern period signals a break with stagnant social formations, the advent of a new rationalism, and the emergence of a truly secular order, all in the context of an overarching globalization. In The Twilight of the Literary, Terry Cochran links these developments with the rise of the book as the dominant medium for recording, preserving, and disseminating thought. Consequently, his book explores the role that language plays in elaborating modern self-understanding. It delves into what Cochran calls the “figures of thought” that have been an essential component of modern consciousness in the age of print technology—and questions the relevance of this “print-bound” thinking in a world where print no longer dominates.

Cochran begins by examining major efforts of the eighteenth century that proved decisive for modern conceptions of history, knowledge, and print. After tracing late medieval formulations of vernacular language that proved crucial to print, he analyzes the figures of thought in print culture as they proceed from the idea of the collective spirit (the “people”), an elaboration of modern history. Cochran reconsiders basic texts that, in his analysis, reveal the underpinnings of modernity’s formation—from Dante and Machiavelli to Antonio Gramsci and Walter Benjamin. Moving from premodern models for collective language to competing theories of history, his work offers unprecedented insight into the means by which modern consciousness has come to know itself.