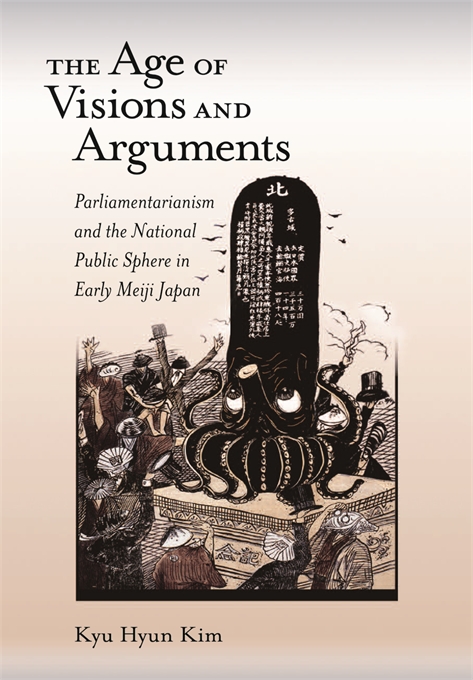 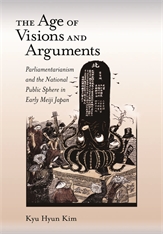 The Age of Visions and Arguments

Parliamentarianism and the National Public Sphere in Early Meiji Japan

The Meiji Restoration of 1868 inaugurated a period of great change in Japan; it is seldom associated, however, with advances in civil and political rights. By studying parliamentarianism—the theories, arguments, and polemics marshaled in support of a representative system of government—Kyu Hyun Kim uncovers a much more complicated picture of this era than is usually given.

Bringing a fresh perspective as well as drawing on seldom-studied archival materials, Kim examines how parliamentarianism came to dominate the public sphere in the 1870s and early 1880s and gave rise to the movement among local activists and urban intellectuals to establish a national assembly. At the same time, Kim contends that we should confront the public sphere of Meiji Japan without insisting on fitting it into schemes of historical progress, from premodernity to modernity, from feudalism to democracy. The Japanese state was inextricably linked, in its origins as well as its continuing growth, to the self-transformation of Japanese society. One could not change without effecting a change in the other. The Meiji state’s efforts to ensure that the state and society were connected only through channels firmly controlled by itself were constantly and successfully contested by the public sphere.