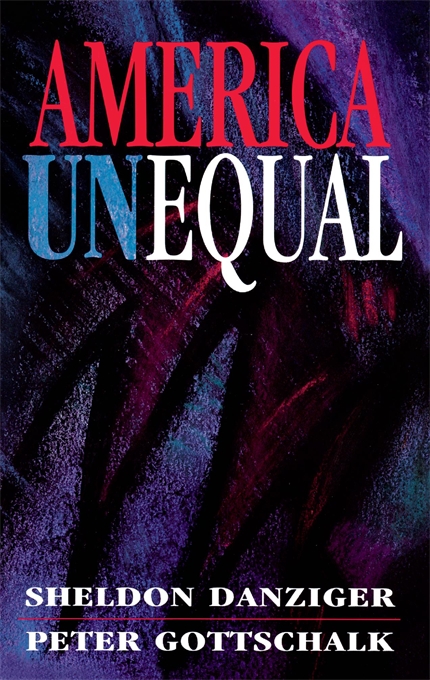 America Unequal demonstrates how powerful economic forces have diminished the prospects of millions of Americans and why “a rising tide no longer lifts all boats.” Changes in the economy, public policies, and family structure have contributed to slow growth in family incomes and rising economic inequality. Poverty remains high because of an erosion of employment opportunities for less-skilled workers, not because of an erosion of the work ethic; because of a failure of government to do more for the poor and the middle class, not because of social programs.

There is nothing about a market economy, the authors say, that ensures that a rising standard of living will reduce inequality. If a new technology, such as computerization, leads firms to hire more managers and fewer typists, then the wages of lower-paid secretaries will decline and the wages of more affluent managers will increase. Such technological changes as well as other economic changes, particularly the globalization of markets, have had precisely this effect on the distribution of income in the United States.

America Unequal challenges the view, emphasized in the Republicans’ “Contract with America,” that restraining government social spending and cutting welfare should be our top domestic priorities. Instead, it proposes a set of policies that would reduce poverty by supplementing the earnings of low-wage workers and increasing the employment prospects of the jobless. Such demand-side policies, Sheldon Danziger and Peter Gottschalk argue, are essential for correcting a labor market that has been increasingly unable to absorb less-skilled and less-experienced workers.