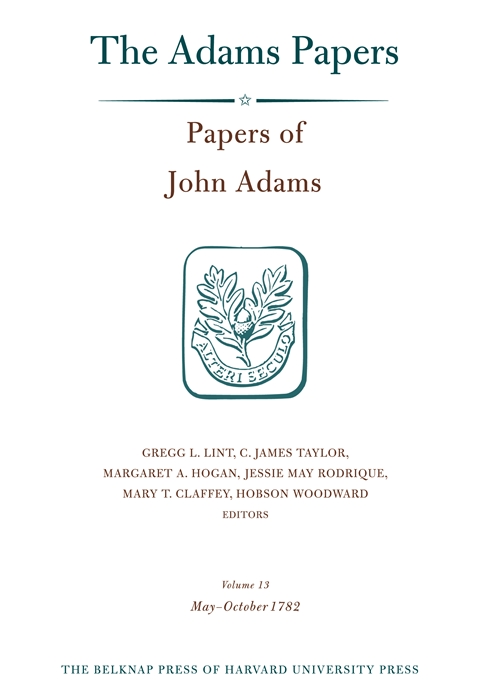 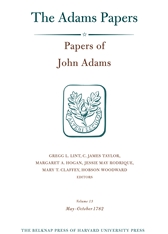 A new chapter in John Adams’s diplomatic career opened when the Dutch recognized the United States in April 1782. Operating from the recently purchased American legation at The Hague, Adams focused his energies on raising a much needed loan from Dutch bankers and negotiating a Dutch–American commercial treaty. This volume chronicles Adams’s efforts to achieve these objectives, but it also provides an unparalleled view of eighteenth-century American diplomacy on the eve of a peace settlement ending the eight-year war of the American Revolution.

John Adams was a shrewd observer of the political and diplomatic world in which he functioned and his comments on events and personalities remain the most candid and revealing of any American in Europe. His correspondence traces the complex negotiations necessary to raise a Dutch loan and throws new light on his conclusion of a treaty of amity and commerce with the Netherlands, achievements of which he was most proud. Events in England and elsewhere in Europe also provided grist for his pen. Would the establishment in July of a new ministry under the earl of Shelburne hinder or advance the cause of peace? That question bedeviled Adams and his correspondents for the fate of the new nation literally rode on its answer. The volume ends with Adams’s triumphal departure from The Hague to face new challenges at Paris as one of the American commissioners to negotiate an Anglo–American peace treaty.