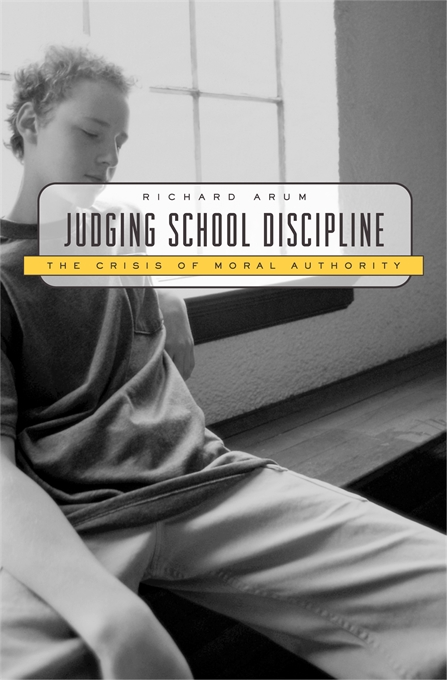 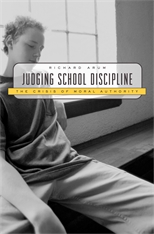 The Crisis of Moral Authority

“[Arum’s] break with education-school dogma on student rights is powerful and goes far toward explaining why so many teachers dread their students—when they are not actually fighting them off.”—Heather MacDonald, The Wall Street Journal

“Arum’s book should be compulsory reading for the legal profession; they need to recognise the long-term effects of their judgments on the climate of schools and the way in which judgments in favour of individual rights can reduce the moral authority of schools in disciplining errant students. But the author is no copybook conservative, and he is as critical of the Right’s get-tough, zero-tolerance authoritarianism as he is of what he eloquently describes as the ’marshmallow effect’ of liberal reformers, pushing the rules to their limits and tolerating increased misconduct.”—John Dunford, The Times Educational Supplement

“Judging School Discipline provides a carefully detailed prescription for what needs to be done about one of the most critical and potentially alarming problems in our schools—the lack of student discipline. Order in schools rests not on policies like zero tolerance, but on how schools prepare their students for learning that involves trust, rules and fairness. This excellent book should be read by anyone interested in improving student learning and the institutions designed to promote it.”—Barbara Schneider, Contexts

“This interesting study casts a critical eye on the American legal system, which [Arum] sees as having undermined the ability of teachers and administrators to socialize teenagers… Arum, it must be pointed out, is adamantly opposed to such measures as zero tolerance, which, he insists, often results in unfair and excessive punishment. What he wisely calls for is not authoritarianism, but for school folks to regain a sense of moral authority so that they can act decisively in matters of school discipline without having to look over their shoulders.”—David Ruenzel, Teacher Magazine

“Arum’s careful analysis of school discipline becomes so focused and revealing that the ideological boundaries of the debate seem almost to have been suspended. The result is a rich and original book, bold, important, useful, and—as this combination of attributes might suggest—surprising… Many years in the making, Judging School Discipline weds historical, theoretical, and statistical research within the problem-solving stance of a teacher working to piece together solutions in the interest of his students. The result is a book that promises to shape research as well as practice through its demonstration that students are liberated, as well as oppressed, by school discipline.”—Steven L. VanderStaay, Urban Education

“[Arum] argues that discipline is often ineffective because schools’ legitimacy and moral authority have been eroded. He holds the courts responsible, because they have challenged schools’ legal and moral authority, supporting this claim by examining over 6,200 state and federal appellate court decisions from 1960 to 1992. In describing the structure of these decisions, Arum provides interesting insights into school disciplinary practices and the law.”—P. M. Socoski, Choice