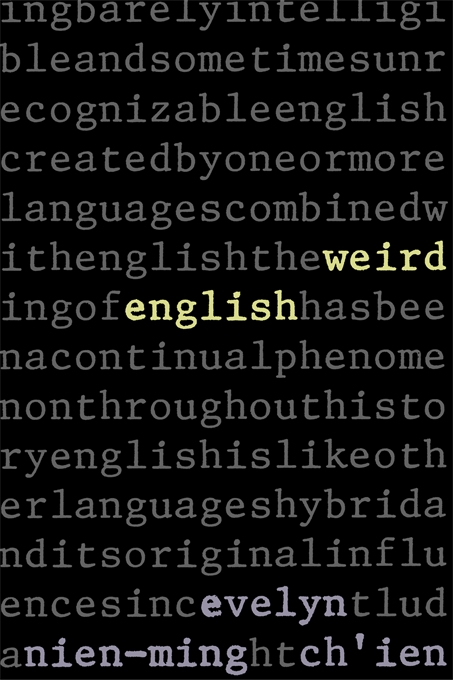 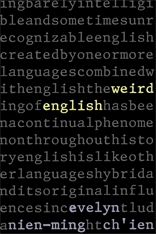 Weird English explores experimental and unorthodox uses of English by multilingual writers traveling from the canonical works of Nabokov and Hong Kingston to the less critiqued linguistic terrain of Junot Díaz and Arundhati Roy. It examines the syntactic and grammatical innovations of these authors, who use English to convey their ambivalence toward or enthusiasm for English or their political motivations for altering its rules. Ch’ien looks at how the collision of other languages with English invigorated and propelled the evolution of language in the twentieth century and beyond.

Ch’ien defines the allure and tactical features of a new writerly genre, even as she herself writes with a sassiness and verve that communicates her ideas with great panache.