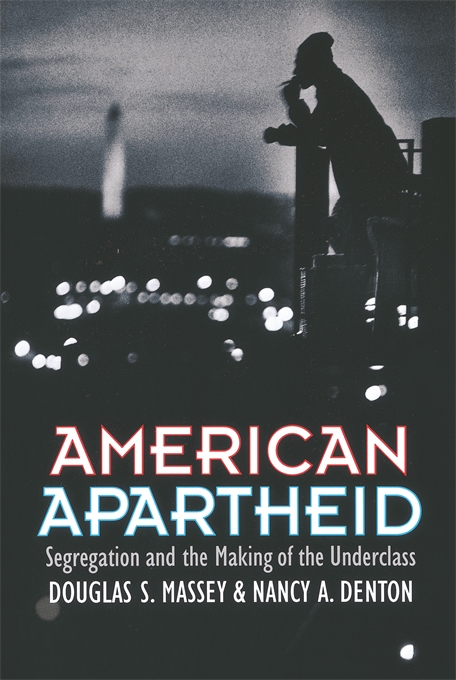 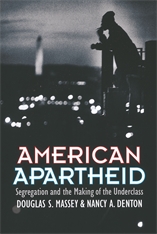 Segregation and the Making of the Underclass

This powerful and disturbing book clearly links persistent poverty among blacks in the United States to the unparalleled degree of deliberate segregation they experience in American cities.

American Apartheid shows how the black ghetto was created by whites during the first half of the twentieth century in order to isolate growing urban black populations. It goes on to show that, despite the Fair Housing Act of 1968, segregation is perpetuated today through an interlocking set of individual actions, institutional practices, and governmental policies. In some urban areas the degree of black segregation is so intense and occurs in so many dimensions simultaneously that it amounts to “hypersegregation.”

Douglas Massey and Nancy Denton demonstrate that this systematic segregation of African Americans leads inexorably to the creation of underclass communities during periods of economic downturn. Under conditions of extreme segregation, any increase in the overall rate of black poverty yields a marked increase in the geographic concentration of indigence and the deterioration of social and economic conditions in black communities. As ghetto residents adapt to this increasingly harsh environment under a climate of racial isolation, they evolve attitudes, behaviors, and practices that further marginalize their neighborhoods and undermine their chances of success in mainstream American society. This book is a sober challenge to those who argue that race is of declining significance in the United States today.