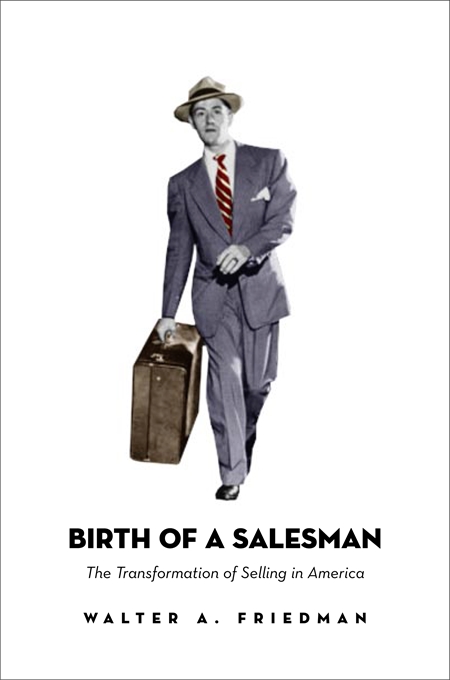 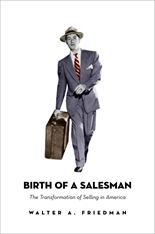 Birth of a Salesman

The Transformation of Selling in America

In this entertaining and informative book, Walter Friedman chronicles the remarkable metamorphosis of the American salesman from itinerant amateur to trained expert. From the mid-nineteenth century to the eve of World War II, the development of sales management transformed an economy populated by peddlers and canvassers to one driven by professional salesmen and executives.

From book agents flogging Ulysses S. Grant’s memoirs to John H. Patterson’s famous pyramid strategy at National Cash Register to the determined efforts by Ford and Chevrolet to craft surefire sales pitches for their dealers, selling evolved from an art to a science. “Salesmanship” as a term and a concept arose around the turn of the century, paralleling the new science of mass production. Managers assembled professional forces of neat responsible salesmen who were presented as hardworking pillars of society, no longer the butt of endless “traveling salesmen” jokes. People became prospects; their homes became territories. As an NCR representative said, the modern salesman “let the light of reason into dark places.” The study of selling itself became an industry, producing academic disciplines devoted to marketing, consumer behavior, and industrial psychology. At Carnegie Mellon’s Bureau of Salesmanship Research, Walter Dill Scott studied the characteristics of successful salesmen and ways to motivate consumers to buy.

Full of engaging portraits and illuminating insights, Birth of a Salesman is a singular contribution that offers a clear understanding of the transformation of salesmanship in modern America.