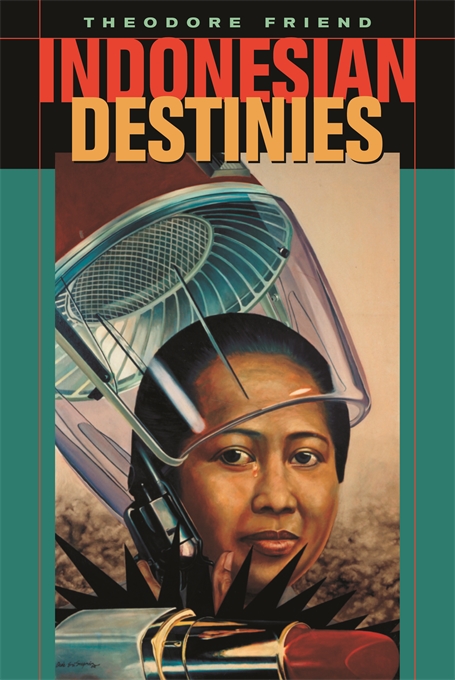 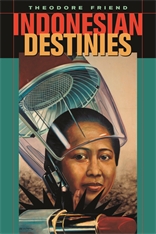 “How can such a gentle people as we are be so murderous?” a prominent Indonesian asks. That question—and the mysteries of the archipelago’s vast contradictions—haunt Theodore Friend’s remarkable work, a narrative of Indonesia during the last half century, from the postwar revolution against Dutch imperialism to the unrest of today. Part history, part meditation on a place and a past observed firsthand, Indonesian Destinies penetrates events that gave birth to the world’s fourth largest nation and assesses the continuing dangers that threaten to tear it apart.

Friend reveals Sukarno’s character through wartime collaboration with Japan, and Suharto’s through the mass murder of communists that brought him to power for thirty-two years. He guides our understanding of the tolerant forms of Islam prevailing among the largest Muslim population in the world, and shows growing tensions generated by international terrorism. Drawing on a deep knowledge of the country’s cultures, its leaders, and its ordinary people, Friend gives a human face and a sense of immediacy to the self-inflicted failures and immeasurable tragedies that cast a shadow over Indonesia’s past and future. A clear and compelling passion shines through this richly illustrated work. Rarely have narrative history and personal historical witness been so seamlessly joined.