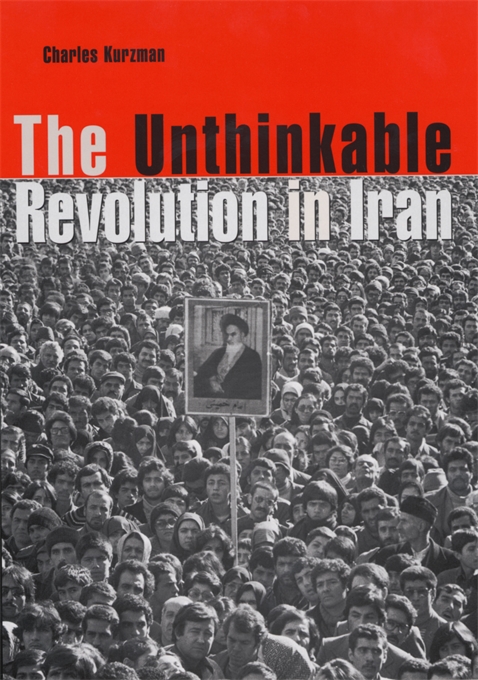 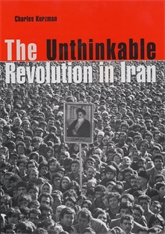 The Unthinkable Revolution in Iran

The shah of Iran, Mohammad Reza Pahlavi, would remain on the throne for the foreseeable future: This was the firm conclusion of a top-secret CIA analysis issued in October 1978. One hundred days later the shah—despite his massive military, fearsome security police, and superpower support was overthrown by a popular and largely peaceful revolution. But the CIA was not alone in its myopia, as Charles Kurzman reveals in this penetrating work; Iranians themselves, except for a tiny minority, considered a revolution inconceivable until it actually occurred. Revisiting the circumstances surrounding the fall of the shah, Kurzman offers rare insight into the nature and evolution of the Iranian revolution and into the ultimate unpredictability of protest movements in general.

As one Iranian recalls, “The future was up in the air.” Through interviews and eyewitness accounts, declassified security documents and underground pamphlets, Kurzman documents the overwhelming sense of confusion that gripped pre-revolutionary Iran, and that characterizes major protest movements. His book provides a striking picture of the chaotic conditions under which Iranians acted, participating in protest only when they expected others to do so too, the process approaching critical mass in unforeseen and unforeseeable ways. Only when large numbers of Iranians began to “think the unthinkable,” in the words of the U.S. ambassador, did revolutionary expectations become a self-fulfilling prophecy. A corrective to 20-20 hindsight, this book reveals shortcomings of analyses that make the Iranian revolution or any major protest movement seem inevitable in retrospect.