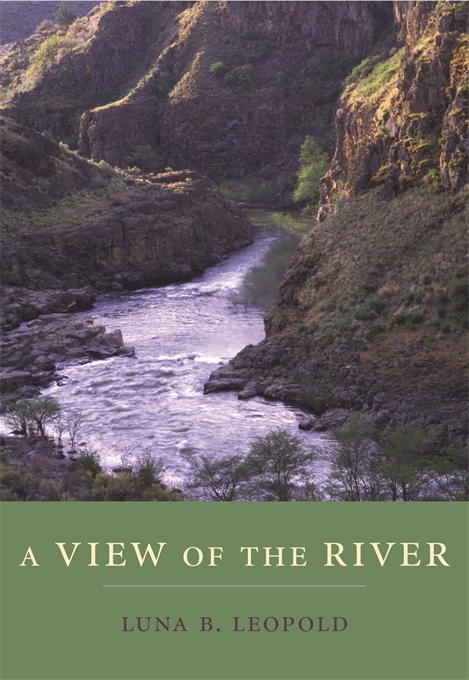 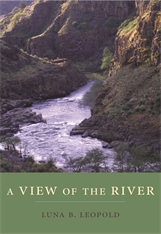 A View of the River

With the Midwest under water, America had a chance to see how effectively it had “improved” its rivers. We’ve straightened and dredged them, revetted and rerouted them, made massive efforts to control them, yet our actions have been less than successful. Too often, physical changes made to a river conflict with natural processes, resulting in damage rather than alleviating it. Applying available knowledge on how rivers form and act could prevent such problems. Luna B. Leopold seeks to organize such knowledge. Widely regarded as the most creative scholar in the field of river morphology, Leopold presents a coherent description of the river, its shape, size, organization, and action, along with a consistent theory that explains much of the observed character of channels.

The laws of physics that govern rivers allow for variations, many of them dictated by random chance. Thus, a river’s adaptation, as Leopold describes it, tends toward the most probable form, the one with the least variance among hydraulic parameters. We see how this probabilistic tendency plays out as Leopold views the river as a whole from headwater to mouth, in the drainage net, in the behavior of meanders, and in aspects of sediment transport.

Grounded in hydraulics, geomorphology, and surveying, as well as in extensive fieldwork on rivers in the eastern and Rocky Mountain states, Leopold’s view of a river is at once technical and personal, providing both a firm foundation for understanding the behavior of rivers—including instructions for getting started in backyard hydrology—and a wealth of firsthand observations by a thoughtful and experienced scientist. It will be of immediate interest and great use as we seek to develop, preserve, and appreciate our most fluid natural resource.