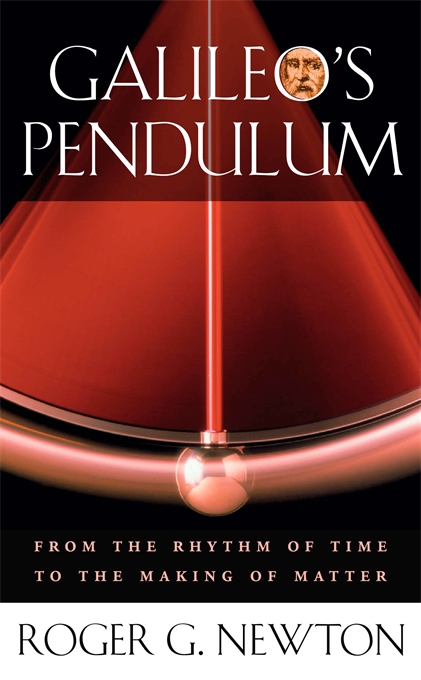 From the Rhythm of Time to the Making of Matter

Bored during Mass at the cathedral in Pisa, the seventeen-year-old Galileo regarded the chandelier swinging overhead—and remarked, to his great surprise, that the lamp took as many beats to complete an arc when hardly moving as when it was swinging widely. Galileo’s Pendulum tells the story of what this observation meant, and of its profound consequences for science and technology.

The principle of the pendulum’s swing—a property called isochronism—marks a simple yet fundamental system in nature, one that ties the rhythm of time to the very existence of matter in the universe. Roger Newton sets the stage for Galileo’s discovery with a look at biorhythms in living organisms and at early calendars and clocks—contrivances of nature and culture that, however adequate in their time, did not meet the precise requirements of seventeenth-century science and navigation. Galileo’s Pendulum recounts the history of the newly evolving time pieces—from marine chronometers to atomic clocks—based on the pendulum as well as other mechanisms employing the same physical principles, and explains the Newtonian science underlying their function.

The book ranges nimbly from the sciences of sound and light to the astonishing intersection of the pendulum’s oscillations and quantum theory, resulting in new insight into the make-up of the material universe. Covering topics from the invention of time zones to Isaac Newton’s equations of motion, from Pythagoras’s theory of musical harmony to Michael Faraday’s field theory and the development of quantum electrodynamics, Galileo’s Pendulum is an authoritative and engaging tour through time of the most basic all-pervading system in the world.