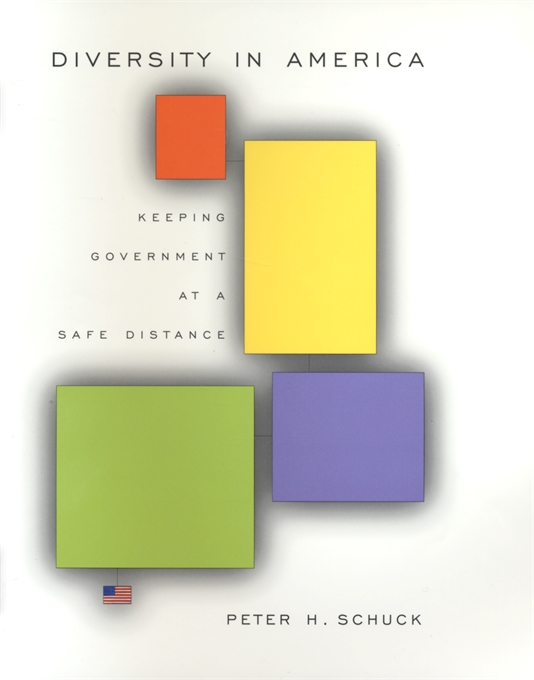 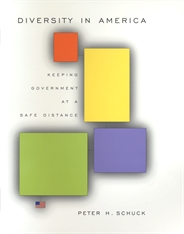 Keeping Government at a Safe Distance

“Schuck…sees diversity as a tremendous natural resource for American civic life. But through laws that restrict economic freedom and institutions that squelch energetic public discourse, he thinks the government has turned this great asset into a liability. Teachers and students can’t always say what they want when they want because of constitutional restraints of religious speech in school, liability to lawsuits on a range of discrimination issues and the general timidity that has followed… The connections he makes between the familiar and the unexpected, and among left, right and center, make Diversity in America remarkably original.”—Peter Temes, The New York Times

“A thorough examination of the idea of diversity, including its use as a justification for affirmative action policies, this book expresses skepticism concerning the competence of government to manage diversity… Diversity in America adds breadth to standard debates abut affirmative action. It does so by considering not only diversity in higher education, but also the ethnic and cultural diversity fueled by immigration, the racial and social diversity often frustrated by patterns of residential housing, and the religious diversity implicated in the United States’ pursuit of free exercise of religion… [Schuck] ultimately advances a nuanced proposal that would permit certain private institutions…to engage in affirmative action practices, while prohibiting public institutions and agencies from doing so… Accordingly, the management of diversity will remain an important public issue and Diversity in America an important contribution to the United States’ discourse about that issue.”—Timothy L. Hall, Magill’s Literary Annual

“Peter Schuck has written the most comprehensive book to date on diversity, what about it might be good for society or alternatively bad for it, and how we might possibly resolve conflicts over diversity. This will be the most authoritative book available on the diversity issue and how it is played out in various policy areas. It is well-written and perfectly accessible, and very well-researched. Schuck seems to have missed nothing on the diversity debate and on the specific issues he takes up.”—Nathan Glazer, author of We Are All Multiculturalists Now

“Some will dismiss Diversity in America as a footnote-laden apologia for the conservative cause garbed in full Establishment regalia…but Schuck isn’t Chavez or Connerly, and his arguments need to be engaged. It’s essential to begin thinking beyond the model of a generation ago, which assumes that the force of law rather than an appeal to what Schuck calls ‘genuineness’ is the best way to manage diversity… Still, as Diversity in America acknowledges, it’s hardly ‘Kumbaya’ by the campfire. Our embrace of differentness is a wary, contextual, and complex matter… Schuck’s analyses are provocative and complex.”—David L. Kirp

“A celebration and a dissection of diversity that is so insightful, so finely balanced, so fair, that it will frustrate the ideologically obsessed and gratify, enhearten and instruct everyone who wants to make America work.”—John T. Noonan, Jr., Judge, United States Court of Appeals for the Ninth Circuit

“Peter Schuck has done the scholarly community and perhaps the nation a favor in writing this book. He has written a far-reaching analysis of the basic operating value or principle of an increasing number of American institutions—diversity. There is no other book that offers such a thorough analysis. Moreover, and more importantly, Schuck does not rehearse the familiar arguments. His position is iconoclastic, and therefore interesting, courageous, and provocative.”—John Skrentny, author of The Minority Rights Revolution