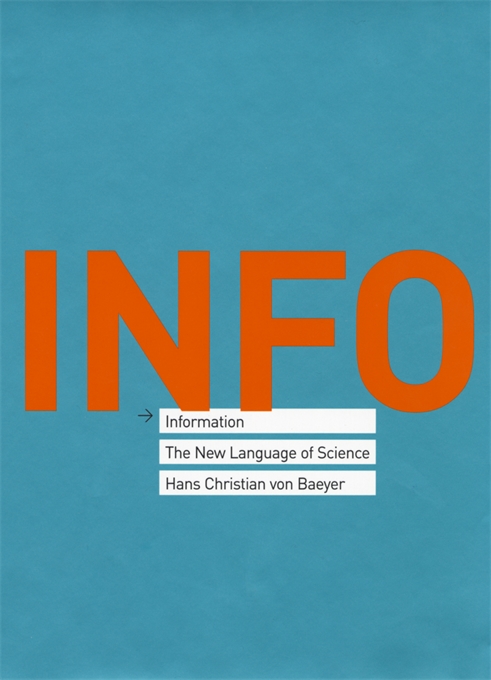 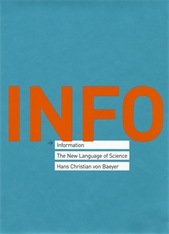 The New Language of Science

“Von Baeyer has provided an accessible and engaging overview of the emerging role of information as a fundamental building block in science.”—Michael Nielsen, Nature

“In Information, physicist Hans Christian von Baeyer sets out to explain why…information is the irreducible seed from which every particle, every force and even the fabric of space-time grows. This is deep stuff, but von Baeyer romps through a huge range of subjects, including thermodynamics, statistics, information theory and quantum mechanics with ease… You will never think of information the same way again.”—New Scientist

“Delving into the history of science from ancient Greek theories of the atom to the frontiers of astrophysics, [von Baeyer] shows how the concept of information illuminates a huge variety of phenomena, from black holes to the gamesmanship strategies of Let’s Make a Deal… Von Baeyer manages to steer clear of equations without resorting to the hand-waving metaphors that too many science popularizers lapse into when trying to convey difficult ideas. The result is a stylish introduction to one of the most fascinating themes of modern science.”—Publishers Weekly

“Hans Christian von Baeyer is well known for explaining the complexities of science to the rest of us, and in this book he lives up to his reputation by taking on one of the most difficult concepts around—information. Starting with his characterization of information as a gentle rain that falls on all of our lives, he leads us through a universe in which information is woven like threads in a cloth. Masterful!”—James Trefil, George Mason University, coauthor of The Dictionary of Cultural Literacy