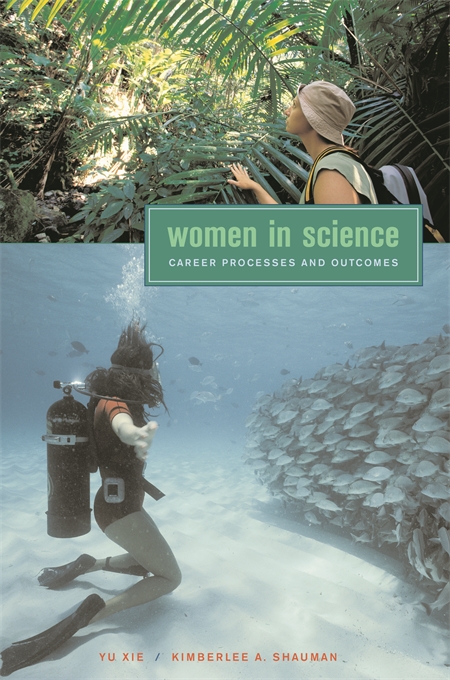 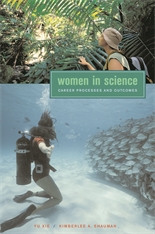 “Sociologists Xie and Shauman have prepared this detailed and scholarly study of the career paths of women in science, remarkable for the comprehensive scope of its contents as well as the detail and precision of its findings… It is the most carefully argued and well-documented investigation of both the gender differences in science and the reason women leave science presently available—an important and praiseworthy contribution.”—M.H. Chaplin, Choice

“Xie and Shauman’s volume Women in Science is a source of rich and detailed empirical analyses that take a bold and justified leap beyond the pipeline model, challenging assumptions and revealing complex processes. The findings and perspective of this study also frame areas for further research.”—Mary Frank Fox, Contemporary Sociology

“Do young women take fewer mathematics and science courses in high school than young men, leaving them less prepared and therefore less likely to major in science and engineering fields in college? Is a woman with a bachelor’s degree in science and engineering more likely to have begun her college career as a science major, or on a non-science track? This book, ten years in the making, offers definitive and surprising answers to these and other long-standing questions about women in science.”—Abigail J. Stewart and Danielle LaVaque-Manty, Nature

“Yu Xie and Kimberlee Shauman explore why so few women opt for a science career. They debunk plenty of myths.”—New Scientist

“I have not seen any other volume that covers the career process of women as thoroughly as this investigation of how women become scientists and engineers and what causes them to leave these fields at much greater rates than men.”—Suzanne M. Bianchi, University of Maryland

“This is a substantial piece of work on a significant topic. Recalling Karl Popper’s emphasis on falsification, I am impressed with the number of important propositions the authors were able to put to rest. The melding of technical skill and cogent argumentation is remarkable.”—Otis Dudley Duncan, University of California, Santa Barbara

“Xie and Shauman skillfully analyze 17 data sets to pinpoint forces that lead fewer women than men into careers in science or engineering. Their scope is the whole life cycle—from high school to graduate school to combining jobs with families. This is the book to read on why most scientists and engineers are men.”—Paula England, Northwestern University

“This is an impressive piece of work and is likely to become the standard reference for understanding gender differences with respect to involvement in science for many years to come. The authors are to be particularly congratulated on the scope of their project in terms of the breadth of the life cycle that it covers.”—Christopher Winship, Harvard University