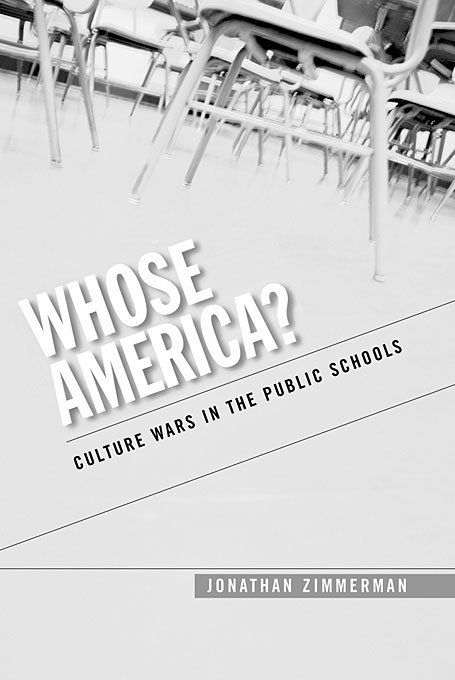 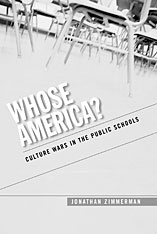 Culture Wars in the Public Schools

What do America’s children learn about American history, American values, and human decency? Who decides? In this absorbing book, Jonathan Zimmerman tells the dramatic story of conflict, compromise, and more conflict over the teaching of history and morality in twentieth-century America.

In history, whose stories are told, and how? As Zimmerman reveals, multiculturalism began long ago. Starting in the 1920s, various immigrant groups—the Irish, the Germans, the Italians, even the newly arrived Eastern European Jews—urged school systems and textbook publishers to include their stories in the teaching of American history. The civil rights movement of the 1960s and ’70s brought similar criticism of the white version of American history, and in the end, textbooks and curricula have offered a more inclusive account of American progress in freedom and justice.

But moral and religious education, Zimmerman argues, will remain on much thornier ground. In battles over school prayer or sex education, each side argues from such deeply held beliefs that they rarely understand one another’s reasoning, let alone find a middle ground for compromise. Here there have been no resolutions to calm the teaching of history. All the same, Zimmerman argues, the strong American tradition of pluralism has softened the edges of the most rigorous moral and religious absolutism.