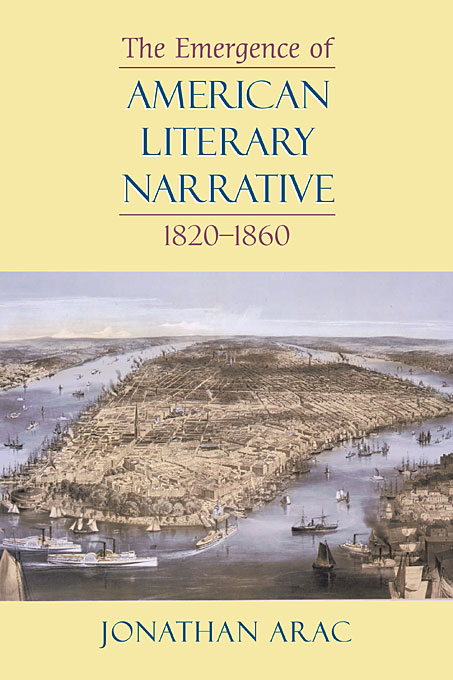 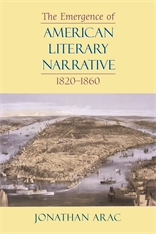 The Emergence of American Literary Narrative, 1820-1860

In the mid-nineteenth century writers such as Nathaniel Hawthorne and Herman Melville produced works of fiction that even today, centuries later, help to define what American literature means. In this work of innovative literary history, Jonathan Arac explains what made this remarkable creativity possible and what it accomplished. His work also delves into a deep paradox that has haunted American literature: our nation’s great works of literary narrative place themselves at a tense distance from our national life.

Arac prepares the way with substantial critical readings of masterpieces such as Moby-Dick, The Scarlet Letter, Uncle Tom’s Cabin, and the Narrative of Frederick Douglass, as well as astute commentary on dozens of other works of fiction, comic sketches, life testimony, and history. His interpretation demonstrates how the national crisis over slavery around 1850 led writers to invent new forms. In light of this analysis, Arac proposes an explanation for the shifting relations between prose narratives and American political history; he shows how these new works changed the understanding of what prose narrative was capable of doing--and how this moment when the literary writer was redefined as an artist inaugurated a continuing crisis in the relation of narrative to its public.