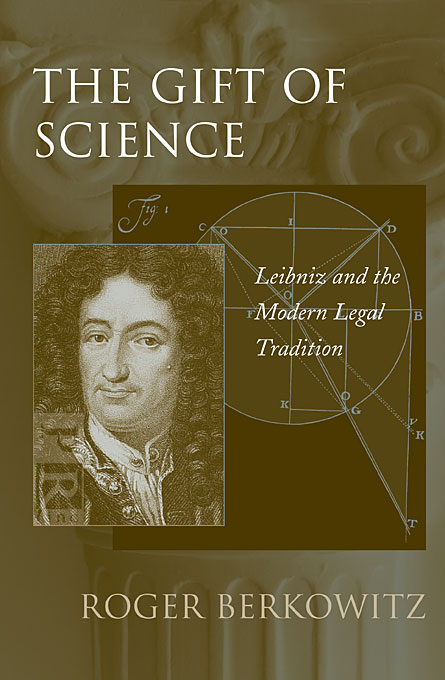 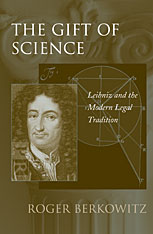 The Gift of Science

Leibniz and the Modern Legal Tradition

The front pages of our newspapers and the lead stories on the evening news bear witness to the divorce of law from justice. The rich and famous get away with murder; Fortune 500 corporations operate sweatshops with impunity; blue-chip energy companies that spoil the environment and sicken communities face mere fines that don’t dent profits. In The Gift of Science, a bold, revisionist account of 300 years of jurisprudence, Roger Berkowitz looks beyond these headlines to explore the historical and philosophical roots of our current legal and ethical crisis.

Moving from the scientific revolution to the nineteenth-century rise of legal codes, Berkowitz tells the story of how lawyers and philosophers invented legal science to preserve law’s claim to moral authority. The "gift" of science, however, proved bittersweet. Instead of strengthening the bond between law and justice, the subordination of law to science transformed law from an ethical order into a tool for social and economic ends. Drawing on major figures from the traditions of law, philosophy, and history, The Gift of Science is not only a mesmerizing and original intellectual history of law; it shows how modern law remains imprisoned by a failed scientific metaphysics.