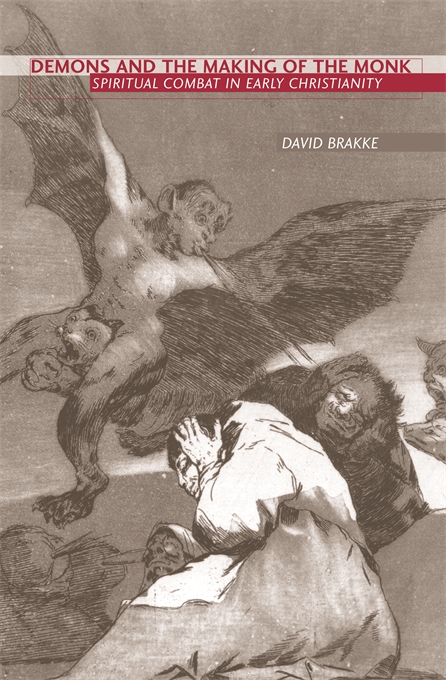 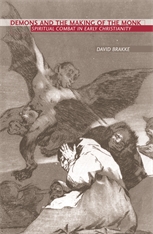 Demons and the Making of the Monk

Demons—whether in embodied form or as inward temptation—make vivid appearances in early Christian monastic literature. In this finely written study of demonology and Christian spirituality in fourth- and fifth-century Egypt, David Brakke examines how the conception of the monk as a holy and virtuous being was shaped by the combative encounter with demons.

Brakke studies the “making of the monk” from two perspectives. First, he describes the social and religious identities that monastic authors imagined for the demon-fighting monk: the new martyr who fights against the pagan gods, the gnostic who believes he knows both the tricks of the demons and the secrets of God, and the prophet who discerns the hidden presence of Satan even among good Christians. Then he employs recent theoretical ideas about gender and racial stereotyping to interpret accounts of demon encounters, especially those in which demons appear as the Other—as Ethiopians, as women, or as pagan gods.

Drawing on biographies of exceptional monks, collections of monastic sayings and stories, letters from ascetic teachers to their disciples, sermons, and community rules, Brakke crafts a compelling picture of the embattled religious celibate. Demons and the Making of the Monk is an insightful and innovative exploration of the development of Christian monasticism.