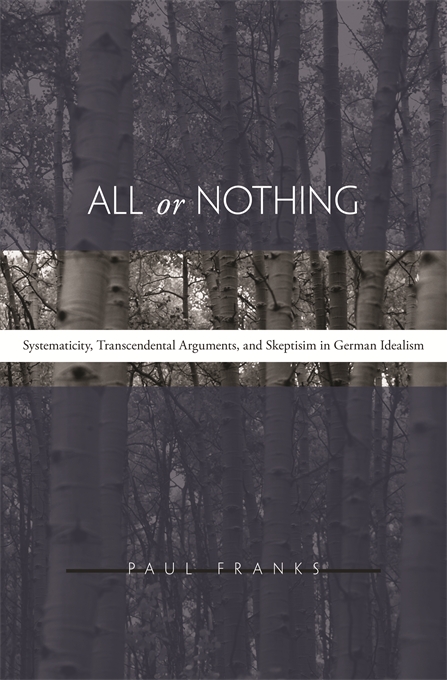 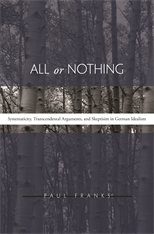 Interest in German Idealism—not just Kant, but Fichte and Hegel as well—has recently developed within analytic philosophy, which traditionally defined itself in opposition to the Idealist tradition. Yet one obstacle remains especially intractable: the Idealists’ longstanding claim that philosophy must be systematic. In this work, the first overview of the German Idealism that is both conceptual and methodological, Paul W. Franks offers a philosophical reconstruction that is true to the movement’s own times and resources and, at the same time, deeply relevant to contemporary thought.

At the center of the book are some neglected but critical questions about German Idealism: Why do Fichte, Schelling, and Hegel think that philosophy’s main task is the construction of a system? Why do they think that every part of this system must derive from a single, immanent and absolute principle? Why, in short, must it be all or nothing? Through close examination of the major Idealists as well as the overlooked figures who influenced their reading of Kant, Franks explores the common ground and divergences between the philosophical problems that motivated Kant and those that, in turn, motivated the Idealists. The result is a characterization of German Idealism that reveals its sources as well as its pertinence—and its challenge—to contemporary philosophical naturalism.