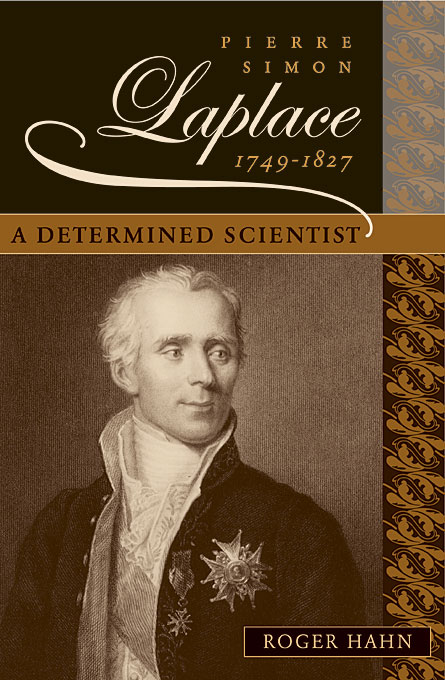 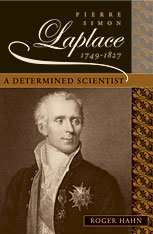 “Roger Hahn has been studying this career for half a century. He has located letters and papers thought to be lost, written on the tough problems of Laplace’s religious beliefs and his relation with Newtonian cosmology, and at last written a new biography, first released under the title Le Système du monde in France a couple of years ago… Hahn’s aim here is to give the stern mechanisms of Laplacian science a human face… Hahn is at his best in his exposition of the materials with which he has been working since the 1950s: Laplace’s reflections on probability and religion, which include a striking group of manuscripts, preserved in relative secrecy in a black envelope in the library of the Académie des Sciences, where the great analyst set down his views on power, causation and the authority of scripture.”—Simon Schaffer, London Review of Books

“A compelling portrait…[and a] trim and accessible biography of Laplace… Previous biographies…have focused on Laplace’s scientific achievements. Hahn’s admirable goal is to integrate his science with his personal and public life. To do so, Hahn has painstakingly assembled the manuscript sources that make possible such speculation from the outside.”—Ken Alder, The Times Higher Education Supplement

“The book reflects a lifetime of thinking and research by a distinguished historian about the life and work of a singularly important figure in the history of Enlightenment science. It is really the first full-fledged biography of Laplace. While other authors have restricted themselves to offering accounts of his scientific work alone, Hahn, by connecting Laplace’s lived experience as a figure in Old Regime French society with the science he produced, does indeed give us a fully human Laplace.”—J. B. Shank, Assistant Professor, Department of History, and McKnight Land-Grant Professor at the University of Minnesota