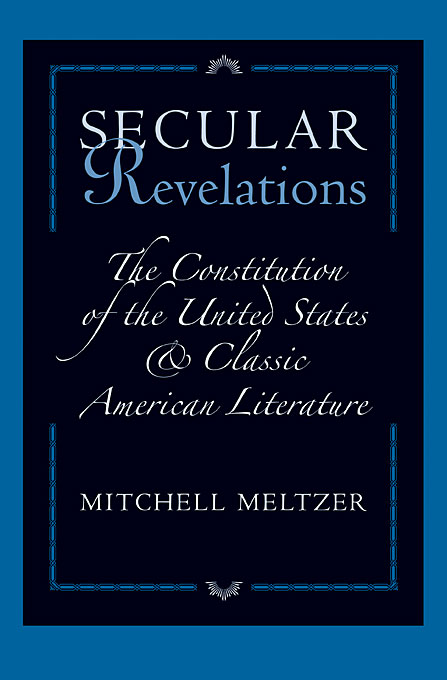 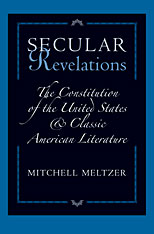 The Constitution of the United States and Classic American Literature

The United States Constitution, battleground of a politically bifurcated nation, and sponsor of that nation’s now threatened cultural unity, is a quintessentially political document. Americans’ representatives swear loyalty to it, and her soldiers die for it. Yet no one has ever seriously considered the formative influence this document, so central a force for all Americans, has had on American cultural life. Now, in this ambitious book, Mitchell Meltzer has for the first time demonstrated the extent to which the Constitution is both source and inspiration for America’s greatest literary masterworks.

Retelling the history of the Constitution’s formation, Meltzer explains how the peculiarly paradoxical form of the Constitution, its “secular revelation,” underwent a literary rebirth after the passing of the Founders’ generation, and issued in what is strangest and most characteristic in America’s classic literature. By combining the secular with the revealed, a Constitutional poetics results that gives rise, in both politics and literature, to the formation of more perfect unions.

Offering powerful new perspectives on Lincoln, Emerson, Whitman, and Melville, Meltzer reveals how the Constitution counterintuitively generated such oft-noted tendencies as these writers’ penchant for self-contradiction, their willingness to court radical discontinuity, and their intensely conflicted, romance-directed fictions.

Secular Revelations presents the Constitution in a new role, the inspiration of a great national literature.