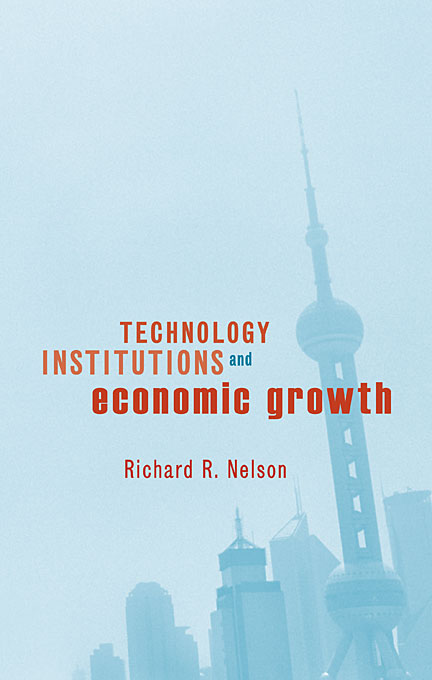 This volume mounts a full-blown attack on the standard neo-classical theory of economic growth, which Richard Nelson sees as hopelessly inadequate to explain the phenomenon of economic growth. He presents an alternative theory which highlights that economic growth driven by technological advance involves disequilibrium in a fundamental and continuing way. Nelson also argues that a theory of economic growth driven by technological advance must recognize a range of institutions, such as universities, public laboratories, and government agencies, in addition to business firms and markets. He further argues that growth theories that focus on an aggregate measure of growth, such as GNP per capita, are blind to what is going on beneath the aggregate, where differing rates of advance in different sectors, and the birth and death of industries are an essential part of the growth process. The broad theory of economic growth Nelson presents sees the process as involving the co-evolution of technologies, institutions, and industry structure.