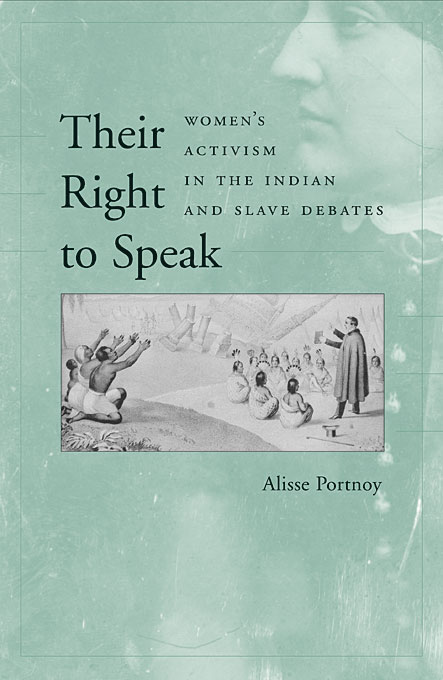 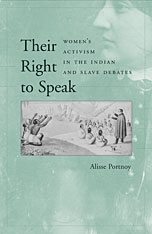 Their Right to Speak

Women's Activism in the Indian and Slave Debates

When Alisse Portnoy recovered petitions from the early 1830s that nearly 1,500 women sent to the U.S. Congress to protest the forced removal of Native Americans in the South, she found the first instance of women’s national, collective political activism in American history. In this groundbreaking study, Portnoy links antebellum Indian removal debates with crucial, simultaneous debates about African Americans--abolition of slavery and African colonization--revealing ways European American women negotiated prohibitions to make their voices heard.

Situating the debates within contemporary, competing ideas about race, religion, and nation, Portnoy examines the means by which women argued for a "right to speak" on national policy. Women’s participation in the debates was constrained not only by gender but also by how these women--and the men with whom they lived and worshipped--imagined Native and African Americans as the objects of their advocacy and by what they believed were the most benevolent ways to aid the oppressed groups.