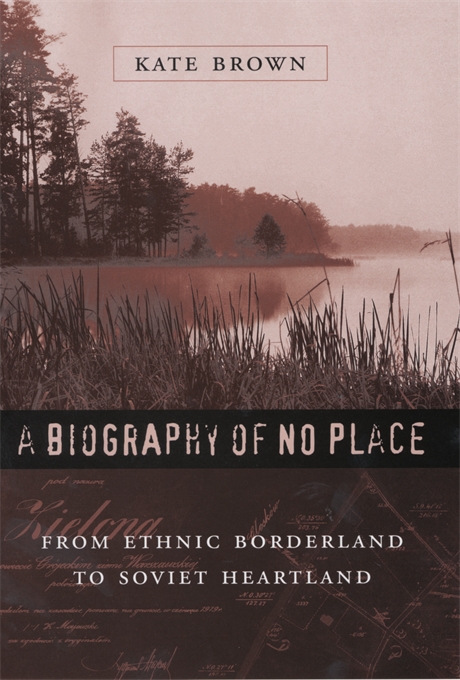 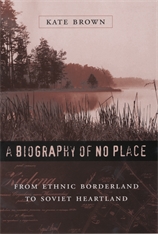 A Biography of No Place

From Ethnic Borderland to Soviet Heartland

“Samuel Butler and Kate Brown have something in common. Both have written about Erewhon with imagination and flair. I was captivated by the courage and enterprise behind this book. Is there a way to write a history of events that do not make rational sense? Kate Brown asks. She proceeds to give us a stunning answer.”—Modris Eksteins, author of Rites of Spring: The Great War and the Birth of the Modern Age

“A Biography of No Place is one of the most original and imaginative works of history to emerge in the western literature on the former Soviet Union in the last ten years. Historiographically fearless, Kate Brown writes with elegance and force, turning this history of a lost, but culturally rich borderland into a compelling narrative that serves as a microcosm for understanding nation and state in the Twentieth Century. With compassion and respect for the diverse people who inhabited this margin of territory between Russia and Poland, Kate Brown restores the voices, memories, and humanity of a people lost.”—Lynne Viola, Professor of History, University of Toronto

“Kate Brown tells the story of how succeeding regimes transformed a onetime multiethnic borderland into a far more ethnically homogeneous region through their often murderous imperialist and nationalist projects. She writes evocatively of the inhabitants’ frequently challenged identities and livelihoods and gives voice to their aspirations and laments, including Poles, Ukrainians, Germans, Jews, and Russians. A Biography of No Place is a provocative meditation on the meanings of periphery and center in the writing of history.”—Mark von Hagen, Professor of History, Columbia University