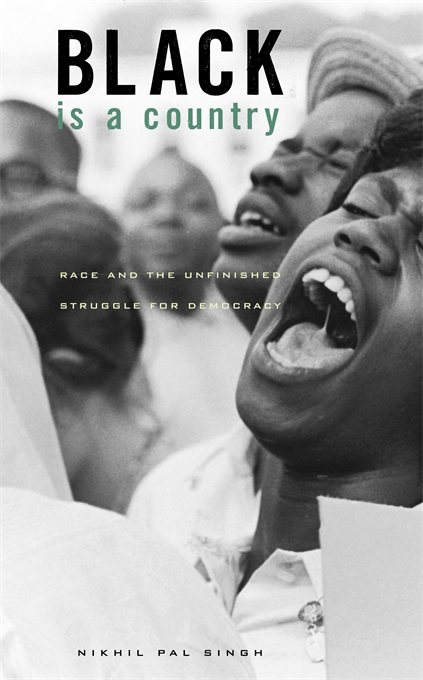 Black Is a Country

Race and the Unfinished Struggle for Democracy

Despite Black gains in modern America, the end of racism is not yet in sight. Nikhil Pal Singh asks what happened to the worldly and radical visions of equality that animated Black intellectual activists from W. E. B. Du Bois in the 1930s to Martin Luther King, Jr. in the 1960s. In so doing, he constructs an alternative history of civil rights in the twentieth century, a long civil rights era, in which radical hopes and global dreams are recognized as central to the history of Black struggle.

It is through the words and thought of key Black intellectuals, like Du Bois, Ralph Bunche, C. L. R. James, Richard Wright, Ralph Ellison, Langston Hughes, and others, as well as movement activists like Malcolm X and Black Panthers, that vital new ideas emerged and circulated. Their most important achievement was to create and sustain a vibrant, Black public sphere broadly critical of U.S. social, political, and civic inequality.

Finding racism hidden within the universalizing tones of reform-minded liberalism at home and global democratic imperatives abroad, race radicals alienated many who saw them as dangerous and separatist. Few wanted to hear their message then, or even now, and yet, as Singh argues, their passionate skepticism about the limits of U.S. democracy remains as indispensable to a meaningful reconstruction of racial equality and universal political ideals today as it ever was.