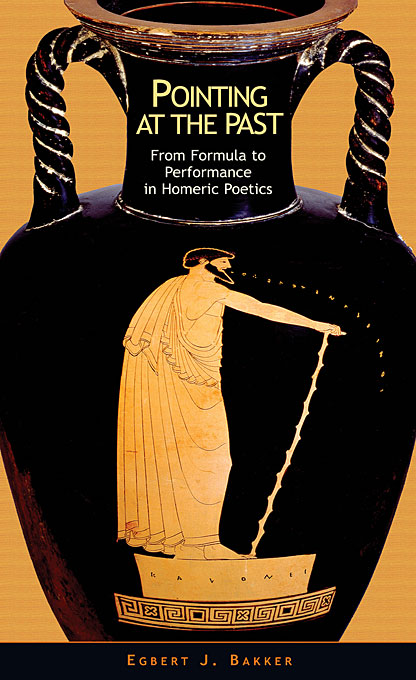 Pointing at the Past

From Formula to Performance in Homeric Poetics

Epic is not only a nostalgic memory of a remote past, but also, as performance, a deliberate act in the present. In fact, as this book argues, memory is itself a deliberate act when it is turned into epic language. With numerous fresh linguistic observations, Egbert Bakker shows that the epic narrator makes the epic past come to the present: epic is not only a verbal artifact that points to the past; it also is a performer’s act of pointing at a past that has become present in and through language. Building on his earlier work, Bakker demonstrates the power of discourse analysis as an essential tool for elucidating the poetics of the Homeric tradition.