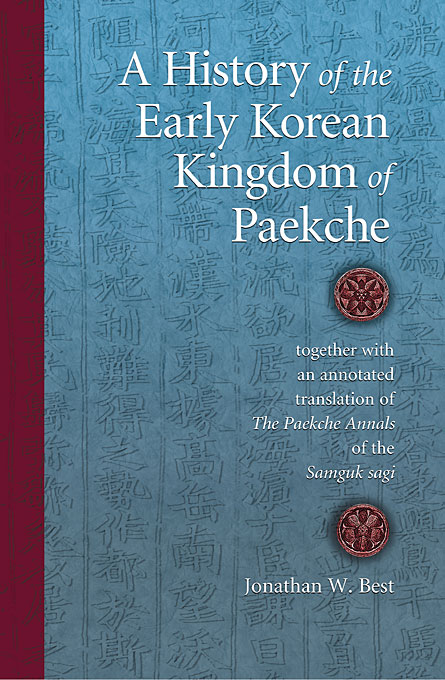 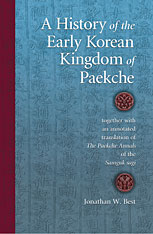 A History of the Early Korean Kingdom of Paekche, together with an annotated translation of The Paekche Annals of the Samguk sagi

This volume presents two histories of the early Korean kingdom of Paekche (trad. 18 BCE–660 CE). The first, written by Jonathan Best, is based largely on primary sources, both written and archaeological. This initial history of Paekche serves, in part, to introduce the second, an extensively annotated translation of the oldest history of the kingdom, the Paekche Annals (Paekche pon’gi). Written in the chronicle format standard for the traditional official histories of East Asia, the Paekche Annals constitutes one section of the Histories of the Three Kingdoms (Samguk sagi), a comprehensive account of early Korean history compiled under the editorial direction of Kim Pusik (1075–1151). Although these two representations of Paekche history differ markedly, the underlying problem faced by both the twelfth-century and the twenty-first-century historian is essentially the same: fashioning a responsible, encompassing, and reasonably coherent history of the kingdom from meager, and often disparate and fragmentary, evidence.

Included in the volume are 22 appendixes on problems in Paekche history; a concordance of proper names, official titles, omens, and weights and measures; a glossary of geographical names; and six historical maps of the kingdom showing its changing boundaries.