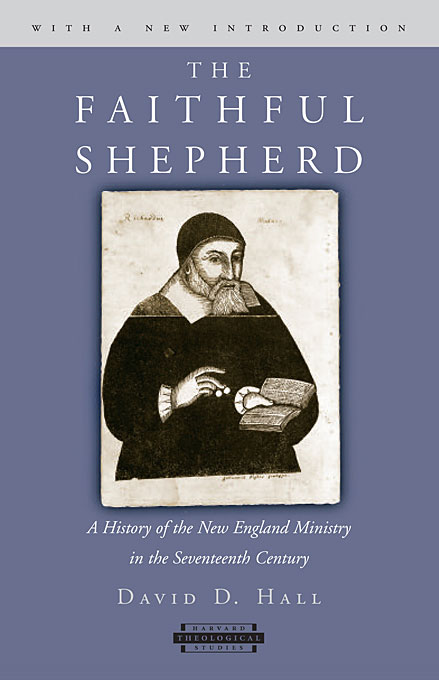 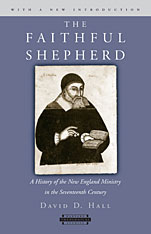 A History of the New England Ministry in the Seventeenth Century, With a New Introduction

This description of the Americanization of a European institution, the Puritan ministry as it was transported to the New England colonies in the seventeenth century, offers a host of new insights into American religious history. By focusing on such areas as the ministers’ authority, church membership, and ecclesiastical organization, David D. Hall shows that, although the effects of the American experience might be considered liberalizing or democratizing in the first years of settlement, during the entire course of the seventeenth century the New World environment produced an institutional development that returned the churches to forms and doctrines that existed before the emigration from Europe.

The Faithful Shepherd not only sustains a bold thesis about Americanization but also affords the reader one of the freshest and most comprehensive histories of the seventeenth-century New England mind and society. This new printing contains a new introduction reflecting on how our understanding of seventeenth-century New England has developed since the book was first published.