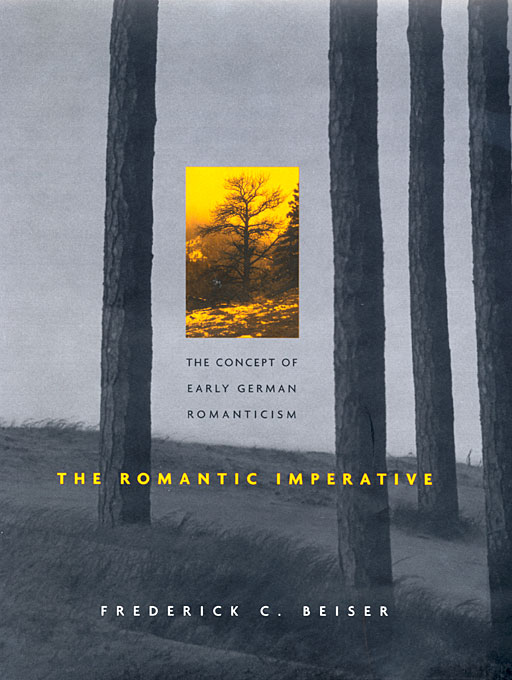 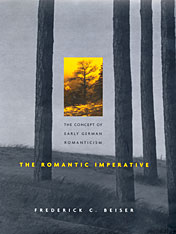 The Concept of Early German Romanticism

“The historically-minded philosopher Frederick Beiser has established himself as one of the clearest and most insightful interpreters of German thought in the age of idealist philosophy and romanticism. His latest contribution to the field reinforces that reputation and will certainly influence future debates about the nature and implications of German romanticism in its early years around 1800… Ultimately, Beiser’s new book will be useful for those wanting a quick introduction to the early German romantics and to the scholarly literature about them. Above all, it should help to get literary critics, philosophers and historians talking to one another about an expanded range of issues fundamental to the study and legacy of early German romanticism.”—Brian Vick, European History Quarterly

“The author writes clearly and lucidly, arguing forcefully and convincingly on the basis of sovereign knowledge of the material. [A] most excellent volume.”—Joe K. Fugate, German Studies Review

“This is an excellent book. Its ten chapters are much more accessible and often clearer than the larger classic tomes on the subject. Each takes up a very significant topic and is sure to be read with profit by a wide range of readers—whether they are new to the field or already quite familiar with it. The book concerns an era, Early German Romanticism, that is properly becoming a major focus of new research. This volume could become one of the most helpful steps in making the area part of the canon for Anglophone scholars in all fields today. It is surely one of the best remedies for correcting out of date images of the work of the German romantics as regressive, obscurantist, or irrelevant. Early German Romanticism extends and modifies the project of the Enlightenment. The author shows that it deserves our attention not only because it is an era represented by some of the most interesting and creative personalities in our cultural history, but also because its main line of thought is responsible for a way of thinking central to our own time, namely a naturalism that might be expansive enough to do justice to traditional interests in the unique value of human freedom.”—Karl Ameriks, Professor of Philosophy, University of Notre Dame

“This book is a very fine and erudite study. It is impressively wide-ranging: literature, metaphysics, political philosophy, science, ethics, and religion all come seriously into play. It almost functions as an introduction to Early German Romanticism at a very high though not forbidding level.”—Ian Balfour, Professor of English, York University