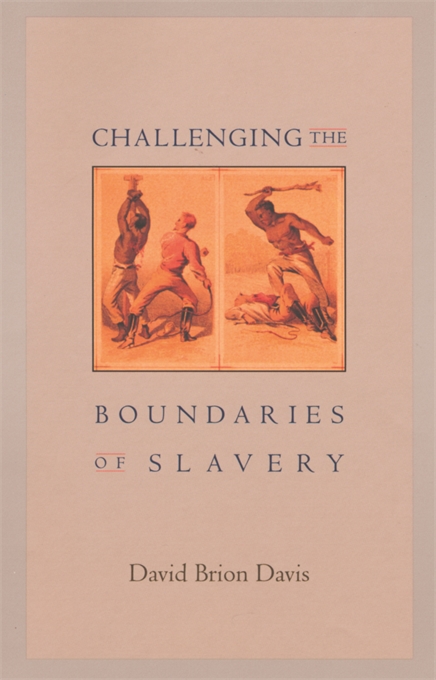 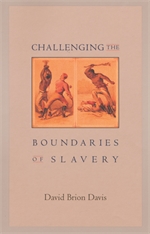 Challenging the Boundaries of Slavery

In this engaging book, David Brion Davis offers an illuminating perspective on American slavery. Starting with a long view across the temporal and spatial boundaries of world slavery, he traces continuities from the ancient world to the era of exploration, with its expanding markets and rise in consumption of such products as sugar, tobacco, spices, and chocolate, to the conditions of the New World settlement that gave rise to a dependence on the forced labor of millions of African slaves. With the American Revolution, slavery crossed another kind of boundary, in a psychological inversion that placed black slaves outside the dream of liberty and equality—and turned them into the Great American Problem.

Davis then delves into a single year, 1819, to explain how an explosive conflict over the expansion and legitimacy of slavery, together with reinterpretations of the Bible and the Constitution, pointed toward revolutionary changes in American culture. Finally, he widens the angle again, in a regional perspective, to discuss the movement to colonize blacks outside the United States, the African-American impact on abolitionism, and the South’s response to slave emancipation in the British Caribbean, which led to attempts to morally vindicate slavery and export it into future American states. Challenging the boundaries of slavery ultimately brought on the Civil War and the unexpected, immediate emancipation of slaves long before it could have been achieved in any other way.

This imaginative and fascinating book puts slavery into a brilliant new light and underscores anew the desperate human tragedy lying at the very heart of the American story.