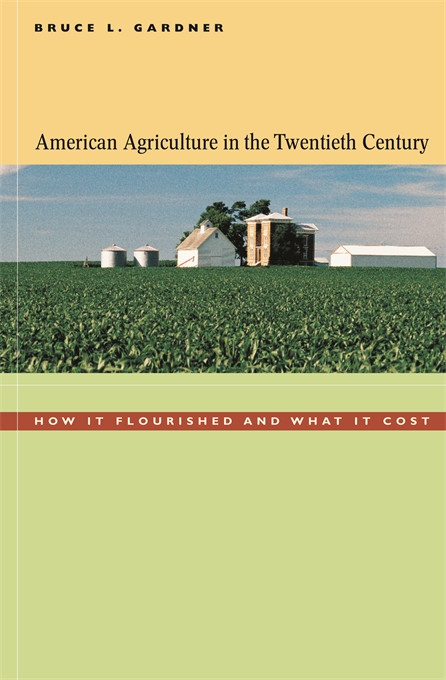 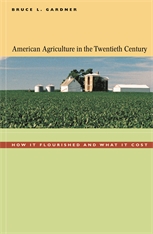 American Agriculture in the Twentieth Century

How It Flourished and What It Cost

American agriculture in the twentieth century has given the world one of its great success stories, a paradigm of productivity and plenty. Yet the story has its dark side, from the plight of the Okies in the 1930s to the farm crisis of the 1980s to today’s concerns about low crop prices and the impact of biotechnology. Looking at U.S. farming over the past century, Bruce L. Gardner searches out explanations for both the remarkable progress and the persistent social problems that have marked the history of American agriculture.

Gardner documents both the economic difficulties that have confronted farmers and the technological and economic transformations that have lifted them from relative poverty to economic parity with the nonfarm population. He provides a detailed analysis of the causes of these trends, with emphasis on the role of government action. He reviews how commodity support programs, driven by interest-group politics, have spent hundreds of billions of dollars to little purpose. Nonetheless, Gardner concludes that by reconciling competing economic interests while fostering productivity growth and economic integration of the farm and nonfarm economies, the overall twentieth-century role of government in American agriculture is fairly viewed as a triumph of democracy.